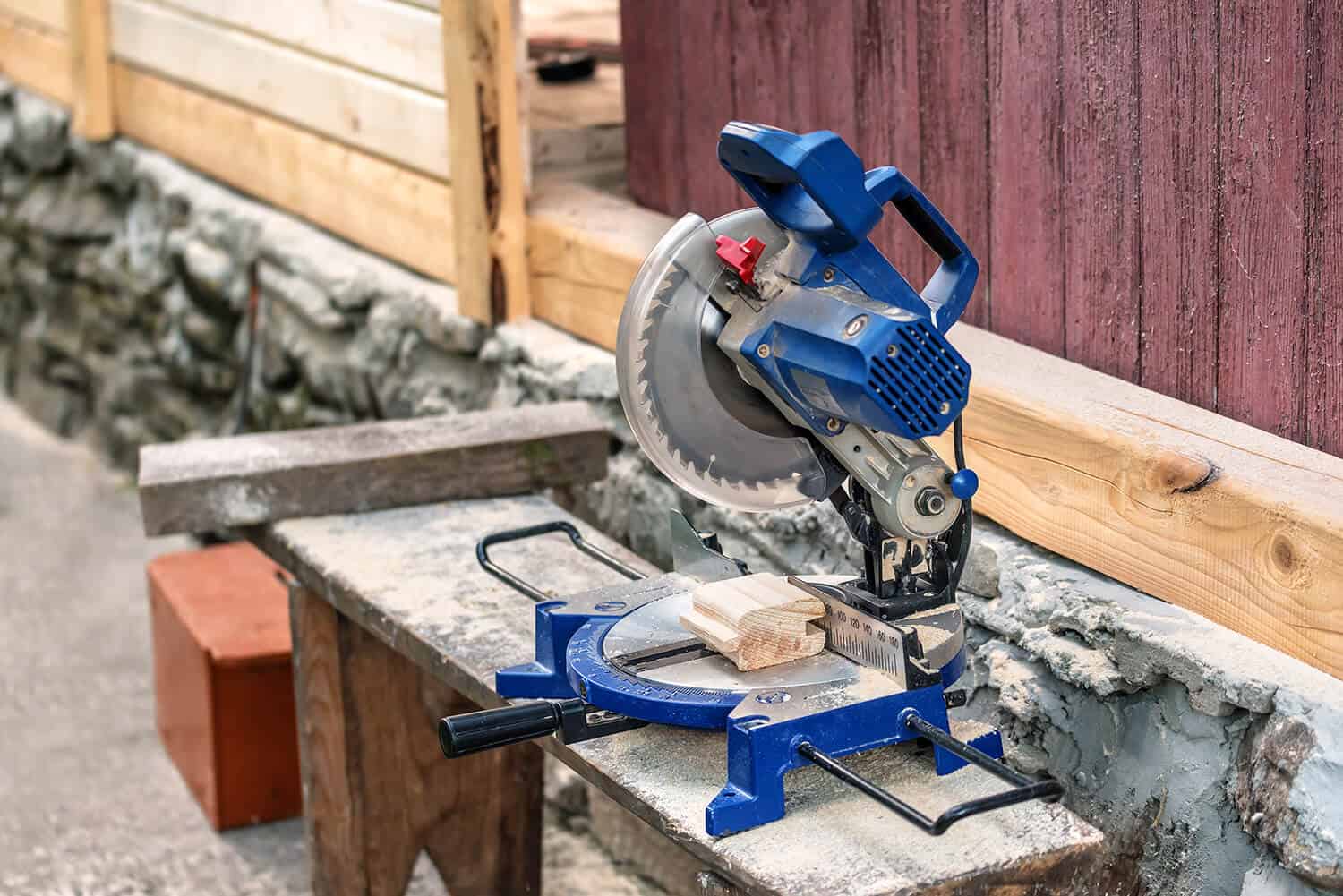 One question frequently asked by amateur woodworkers, is whether a 10-inch miter saw can cut a 4x4 post?

It’s a valid query that’s been addressed many times before, yet people still seem to debate the concerns of this game of inches and whether you should put your beloved 10 inch miter saw through such an ordeal?

Truth be told, there’s not a lot to unpack when it comes to cutting 4x4s with a 10 inch miter saw as opposed to cutting them with a beastly 12 inch miter saw. The process is pretty straightforward, and the reasoning behind it simple.

Here’s everything you need to know about how this type of saw will perform, how you should handle it, and if this is a type of cut you should make with a 10 inch miter saw.

It may surprise you to know that the answer to this question is yes. However, there are one or two requirements that a 10” miter saw must meet in order for this to happen.

One way to chop a 4x4 in a single pass is by adjusting the blade guard to essentially increase the saws cutting capacity. If you can give the blade more clearance, then it should be possible to get a clean single pass cut through a 4x4 post, even when utilizing a 10-inch blade.

If adjusting your blade guard is out of the question (and should definitely be done so with caution), then the only way to make the cut in one go is to use a sliding dual bevel compound miter saw.

Sliding miter saws have more range of motion, because you can tilt the head of the miter saw forwards. This obviously tilts the blade forward, thus increasing the cutting capacity of the miter saw.

Main Drawbacks of Cutting 4x4 with a 10” Miter Saw

There are many drawbacks that come from using a 10 inch miter saw to cut 4x4 posts or similar objects of larger dimensions. Perhaps the most significant is the additional time required to complete the task when compared using a 12 inch miter saw.

There’s a very big difference in cutting time between 10” and 12” miter saws. Those extra 2 inches you get with a 12" miter saw are typically delivered by high-priced sliding dual bevel compound miter saw models which possess greater cutting capacity, versatility, and more power & torque when compared to a 10” miter saw.

Another thing to keep in mind is all the extra blade maintenance required. Ten-inch blades really don’t react well on 4x4s. They go dull much faster, and eventually, you won’t be able to sharpen them enough to make quality cuts in the future.

So, while in theory, you may think that using a 10” miter saw to cut 4x4s is the cheaper option; in reality, things are very different. You’ll actually save money using a 12” miter saw in the long run, even if purchasing a sliding dual bevel compound miter saw would be the higher initial investment.

The cost of blades, electricity, and everything else associated will add up really fast.

Miter saws are generally considered safe to use. However, kickbacks may occur if you’re cutting the wrong type of material with your saw. A 10” miter saw is likely to cause kickbacks when being forced to cut through thick and hard 4x4s.

Last but not least, the lack of torque and consistently pushing the 10” miter saw beyond its capabilities can overload and damage the motor. And, keep in mind that this may be the type of damage not covered by the warranty.

What Makes the 12” Miter Saw Superior?

If you really want to cut 4x4s reliably, and if you foresee many future projects involving 4x4s, then you’re asking the wrong question. It shouldn’t be a matter of whether a 10-inch miter saw can cut a 4x4, but rather what miter saw is better suited for cutting 4x4s?

The short answer is, you need a 12 inch miter saw. Here’s why.

A 12” miter saw clearly has a bigger blade. This means that it can do longer cuts faster as well as wider cuts. The cutting capacity is so superior that even the cheapest 12” miter saws on the market will still cut through 4x4s faster and cleaner than the best sliding 10” miter saw.

Due to the sharper teeth and slightly higher TPI, the 12” blade cuts will be smooth. There’s also less chance of kickback, which makes operating the miter saw a lot safer.

So, is it possible for a 10-inch miter saw cut a 4x4? The answer is clearly, yes. But, given the risk/reward ratio due to the extra inches, this isn’t a type of cut you should try to do with a 10” blade. There is some good news, though.

Just because a 10” miter saw isn’t an ideal choice for cutting 4x4s, doesn’t mean that it’s not a useful tool to keep in your workshop. In fact, the 10” miter saw is superior to the 12” miter saw in terms of mobility.

For most smaller home repair jobs, a 10 inch miter saw will suffice. They are lighter than a 12 inch miter saw, easier to handle, draw less power, and have their advantageous if you're operating a smaller shop with restricted space.

What Does This Mean for the Average Homeowner?

Unless you’re a professional carpenter, there’s little to no reason to own both types of miter saws. If your daily activities don’t include cutting through 4x4s on a regular basis, then the 12” miter saw is something that you’ll rarely need.

Most art projects, repair jobs, DIY furniture, and other projects such as cutting tile, pipes, PVC, etc. can be done with a 10” miter saw.

Assuming that you really have to cut some 4x4 studs and you can’t rely on anything other than your 10” miter saw, it’s best to know how to do it properly so that you’ll put as little stress as possible on the tool and its blade.

It’s as much about the preparation as it is about actually making the cut. There are four steps to follow. It’s not rocket science, but the rules featured below are very important.

Grab your pencil and a square to make the appropriate measurements. Draw a line or mark on the 4x4 clearly, to ensure some degree of accuracy on the cut. Make sure that you mark the 4x4 on all sides. You’ll see why in the last step.

After the stock has been marked, you’ll have to prepare or configure the miter saw. Stabilize it to the workbench. It will need better stability than usual since the motor will be pushed to its limits and beyond.

Calibrate the blade’s angle so that it will fall straight down on at a 90-degree angle on the stock. Always recheck the angle using a square. Do this to make sure that your miter saw calibrations aren’t off and to ensure that the cut will be accurate.

Put the stock on the workbench and bring the marked area under the blade. If you don’t have to make repeated cuts, then feel free to fix the 4x4 to your workbench to avoid a kickback.

Cutting the stock is where things get complicated. Start your saw while the head is in its upright resting position. Bring it down slowly towards the mark, while firmly pushing down on the side of the 4x4 to give it more stability.

By pushing the blade slowly into the wood, you’re minimizing the risk of a kickback. After you make your cut on the first side, bring the blade back up and stop the saw. Flip the stock to expose another marked area and repeat the cutting process.

As you can see, it can take a lot of time to cut a 4x4 with a 10” miter saw for two reasons. First of all, the saw lacks the necessary torque for such thick pieces of wood. Secondly, in order to create a relatively smooth, clean, and accurate cut, you have to cut from all four sides.

One of the biggest mistakes that people make is adjusting the blade guard in such a way so that they can push the blade through in a single pass or two passes. It may be faster but not ideal if you want to avoid rough cuts and even damaging the miter saw.

By converging multiple cuts in the middle of the piece of 4x4 you avoid stressing the miter saw and the blade more than they can handle.

Now, this obviously won’t be easy the first couple of times, even though it looks like that on paper. It will take practice to get equal cuts on all four sides for a clean cut. It’s also something that will depend on the design of your saw and the quality of the blade guard. 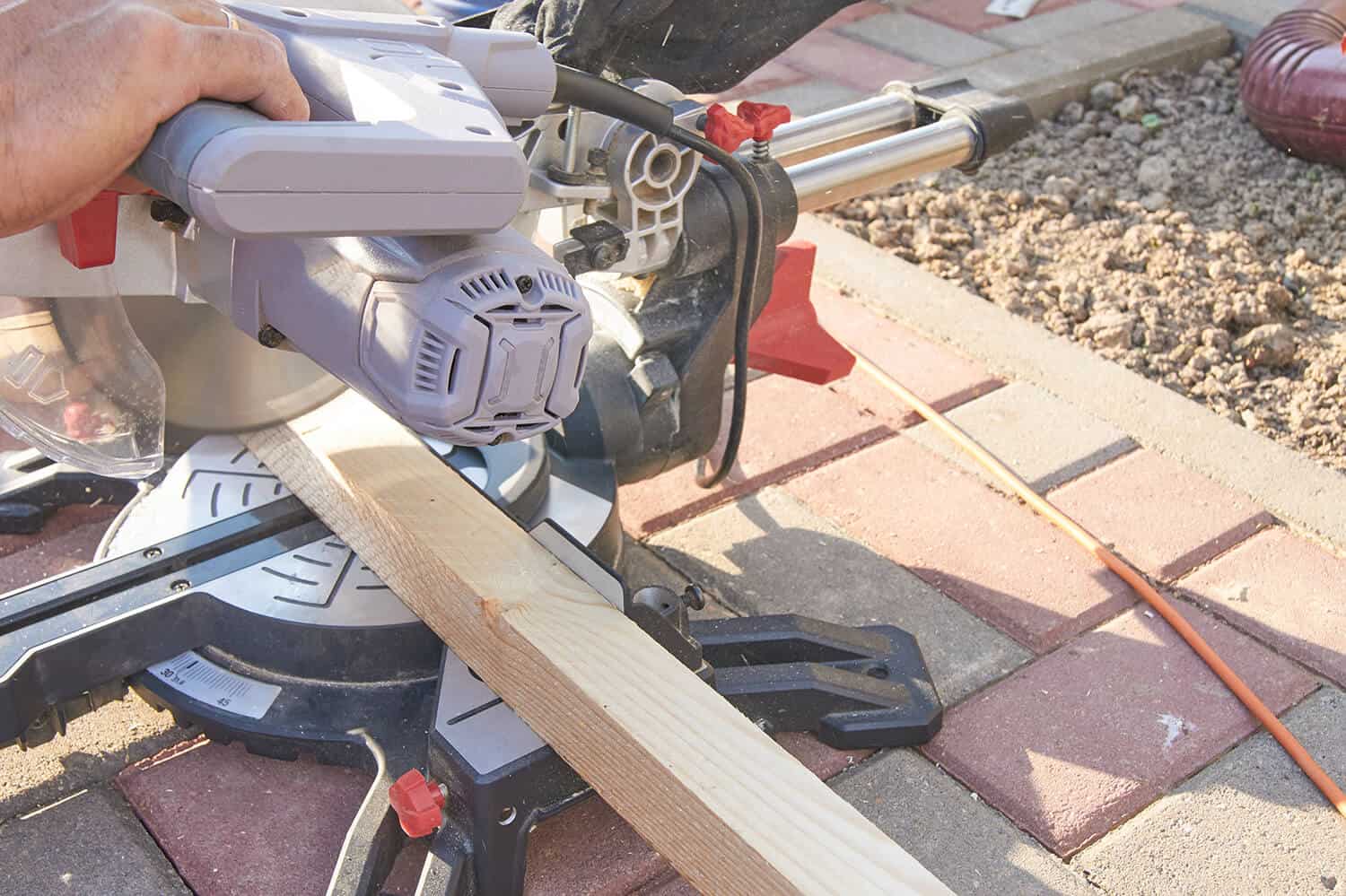 Now that you no longer have to wonder if it's possible to utilize a 10-inch miter saw cut a 4x4, would you still dare try it? It’s a difficult cut, even if you use the recommended method previously outlined. It’s also time-consuming, and abusing this type of cut will eventually lead to motor damage and many dull blades.

That said, if you're using a high-quality sliding dual bevel compound miter saw, life will be a lot easier due to the increased power and cutting capacity of the 12 inch compound sliding miter saw. 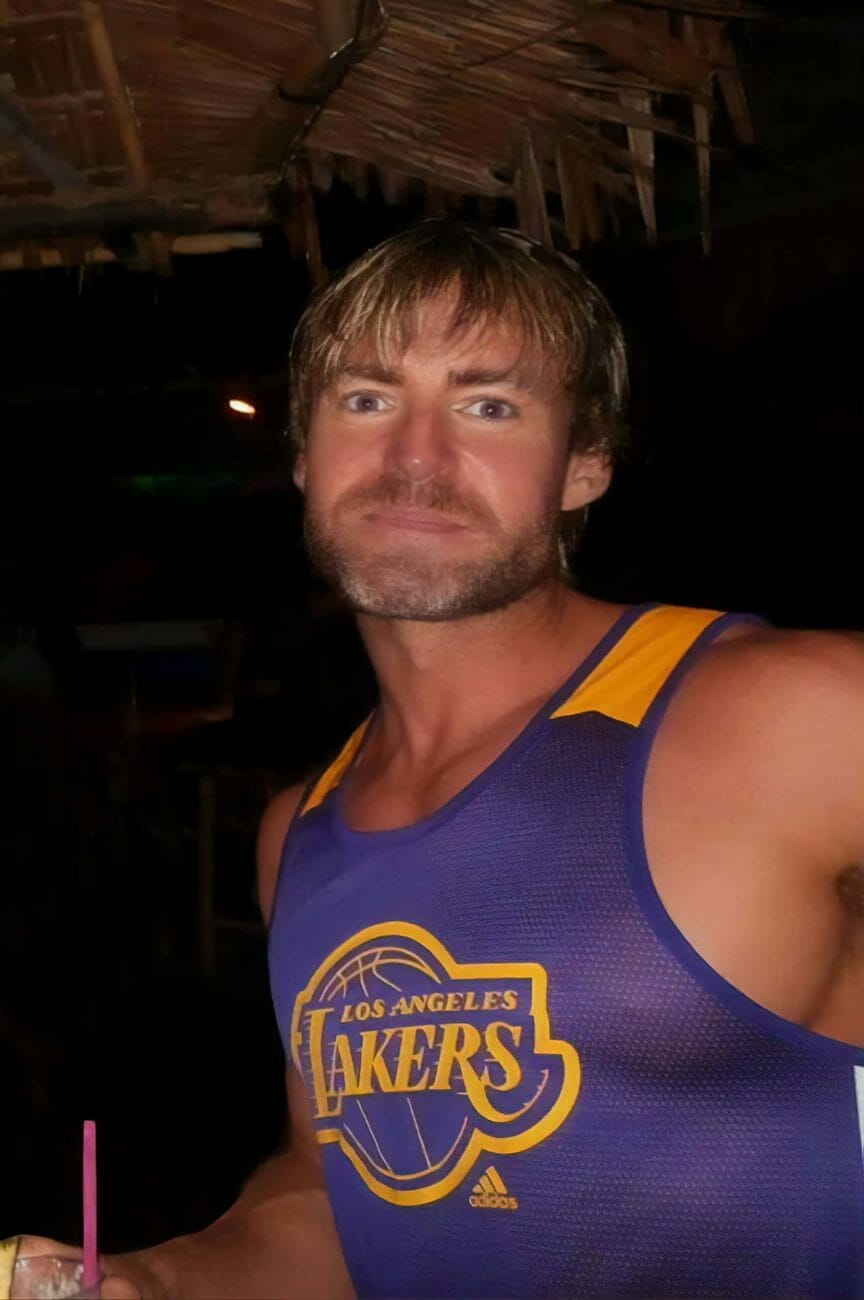 My name is Michael McDonnell, and I’m the creator of The Tool Scout. I’m a mechanical engineer by trade with over 20 years of experience in the construction industry. I started The Tool Scout because I love talking about everything DIY related and figured I could help others with the decision-making process when it comes to selecting the right tools for the right job.

Apart from being a blue-collar kinda guy on a relatively noble quest to help others, I’m also a serial entrepreneur and an obvious lifelong Lakers fan. 🏀