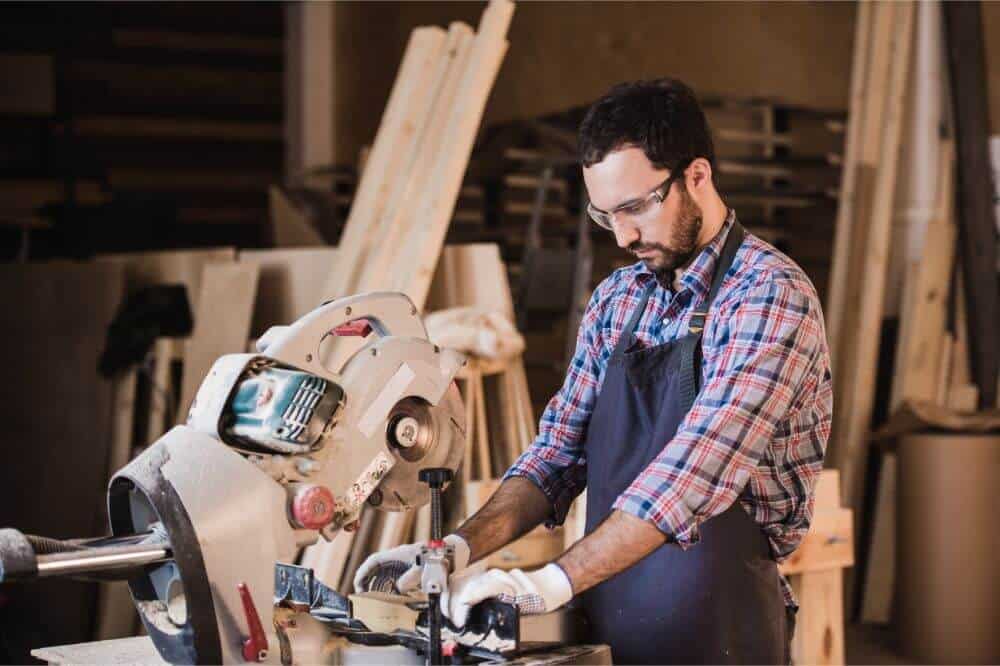 The Tool Scout is a member of Amazon Associates. We may earn a commission from qualifying purchases. Learn more.

If you need to cut some wood, chances are you have done away with the trusty foxtail and have moved on to something bigger and better. Now, there are many types of saws out there, including the table saw and compound miter saw, plus many more. However, do you know the difference between a miter saw and table saw?

The table saw is a fairly versatile type of saw that can be found in home workshops, professional shops, and in industrial settings too. Table saws are characterized by a flat table with a circular saw blade protruding up through said table, along with a fence and other features to help with cutting accuracy.

There are smaller table saws that are portable, ones that do not come with any kind of base and require a table to be placed on, while others come with their own legs, and larger professional options come with full cabinet stands that double as storage. Mostly all table saws also come fully equipped with dust ports and dust vacuum systems too.

Now, table saws tend to be fairly large, especially the more professional models. Unless you get a table saw specifically designed to be portable, they are usually built to stay in once space. Yes, they may come with wheels on the legs to move them from one spot to another, but they are generally not made to be moved from one workshop to another. The point to remember here is that the table saw is usually always larger than the miter saw, which makes it less portable.

However, being larger than a miter saw, a table saw also has the ability to handle much larger pieces of wood. Professional cabinet table saws can handle pieces of wood many feet in length and several feet wide too. They allow you to slide a piece of wood along the table and directly through the saw blade, with many models often coming with extension wings to increase cutting capacity even more. There are two main types of cuts that can be made with an average table saw.

One cut is the rip cut, when you cut a piece of wood lengthwise with the grain and the other is a cross-cut, where you cut the wood width wise against the grain. No, there are not too many types of cut a table saw can make, but they sure can handle large pieces with ease. 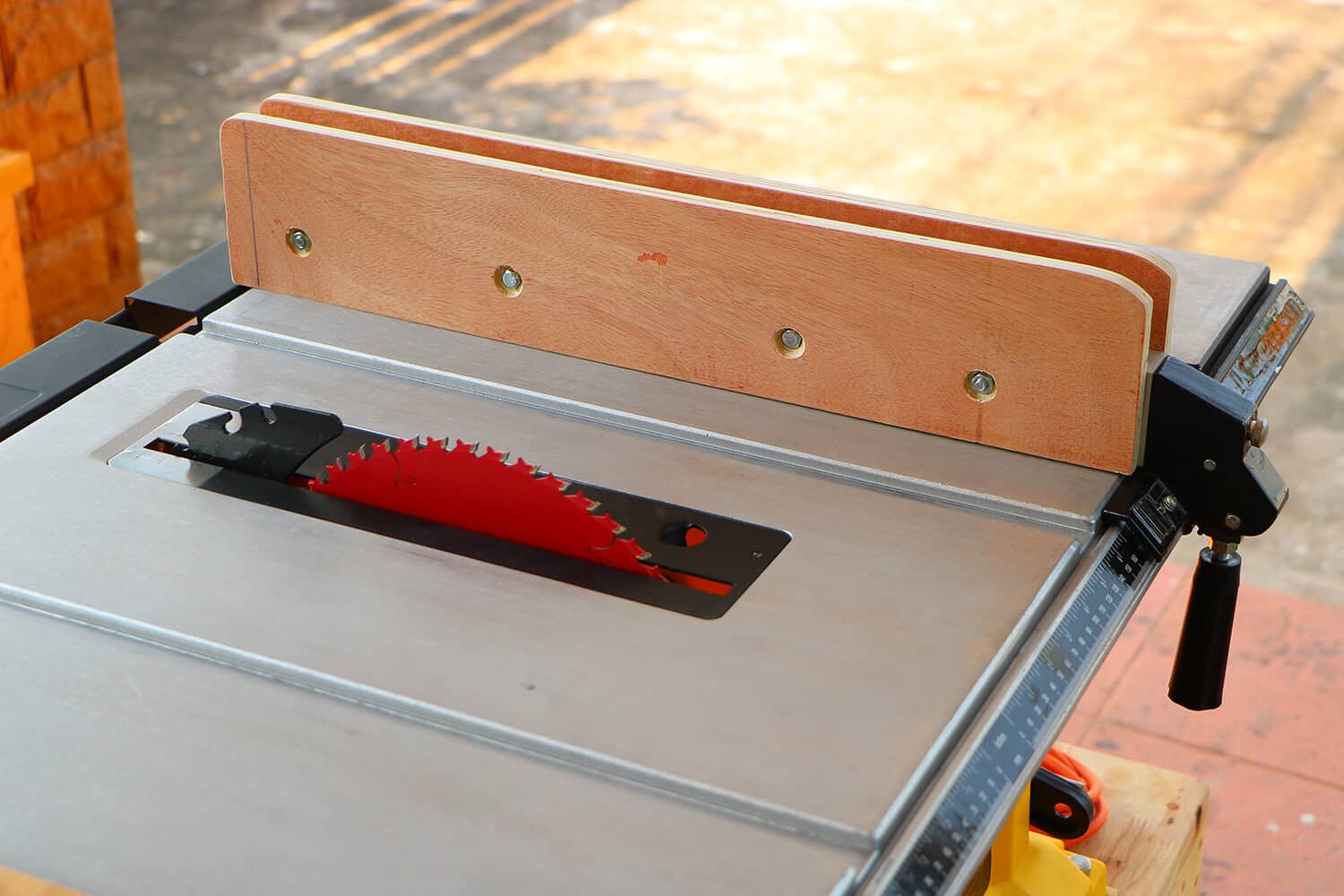 As you can probably tell, the miter saw is significantly different when compared to a table saw. A miter saw is characterized by a circular blade which is mounted on a moving arm. This arm is mounted over the work table, and to cut a piece of wood, you put it on the table, select the angle and bevel of cut, and move the saw blade down into the wood. A table saw has you moving the wood into the blade, whereas a miter saw has you moving the blade into the wood. It’s a pretty big difference to keep in mind.

In terms of size, a miter saw is generally quite a bit smaller than your average table saw. This is one reason why many contractors choose to use a miter saw whenever possible, as it’s much lighter, smaller, and more portable than the table saw. It’s a good option if you are on the move a lot. However, what the trade-off here is of course that a miter saw cannot handle very large pieces of wood or other materials, such as the table saw. The size of the materials you can cut through with a miter saw is much more limited.

What you do also need to know here is that a miter saw performs different cuts when compared to a table saw. For one, due to the small size and design of the cutting table, a miter saw cannot perform rip cuts, because you cannot slide full pieces of wood through the blade lengthwise. However, where miter saws excel is in their ability to perform a wide variety of crosscuts.

A miter saw can perform regular cross cuts with ease, but a basic version can only handle pieces of wood around 8 inches in length, at the most. Now, there are also sliding miter saws, which feature that same arm and circular blade, but on a sliding rail, which can increase the width cutting capacity by up to two or three times.

Also, keep in mind that there are compound miter saws and dual bevel miter saws. This means that you can make angled crosscuts along the vertical plane and the horizontal plane, which is very important for things like cabinetry, the making of picture frames, and for crown molding too. 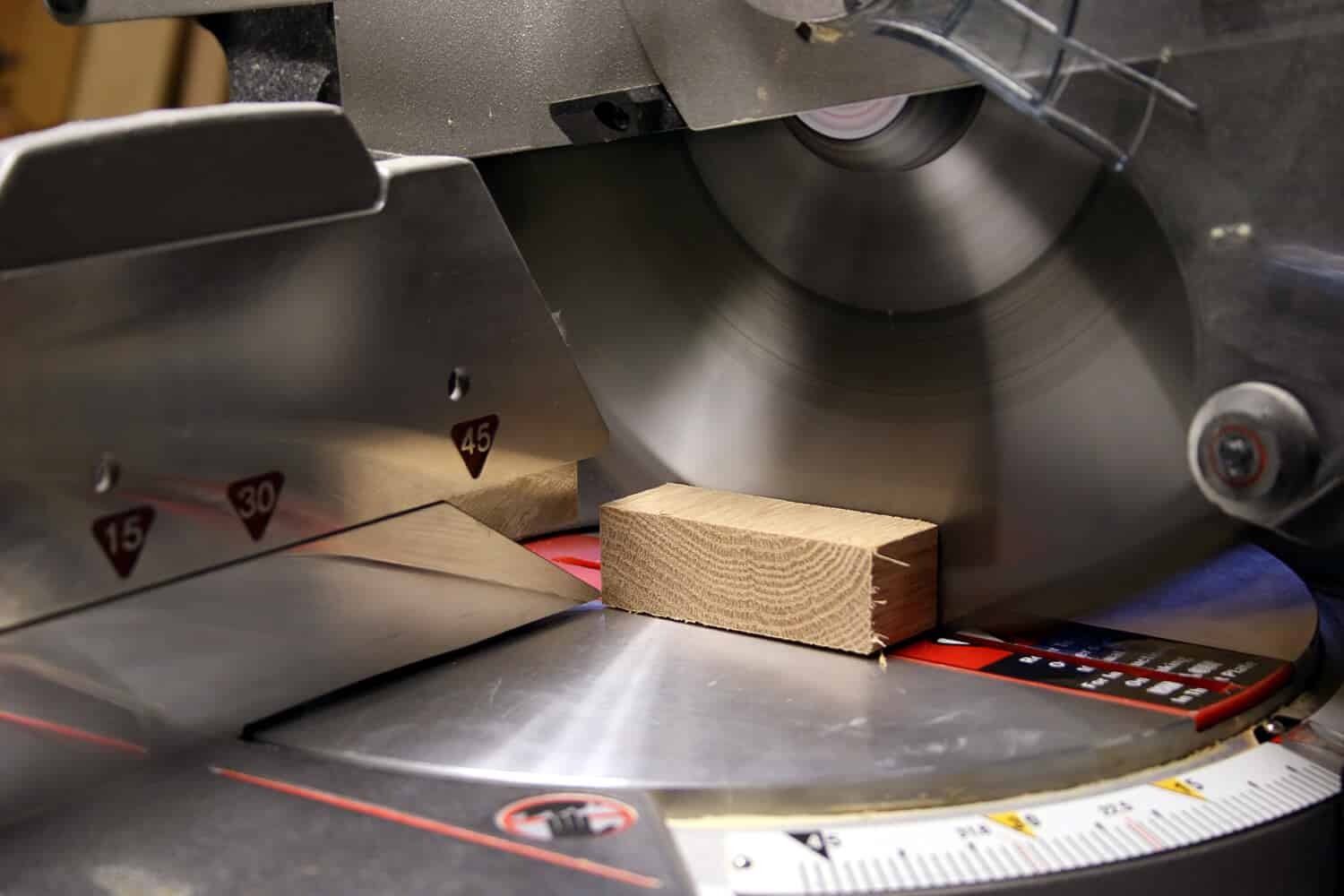 The bottom line is that if you need to make a variety of crosscuts and need something fairly portable, using a quality compound miter saw is the way to go, but if you need something larger for those big rip cuts, it’s a table saw that’s your best friend.