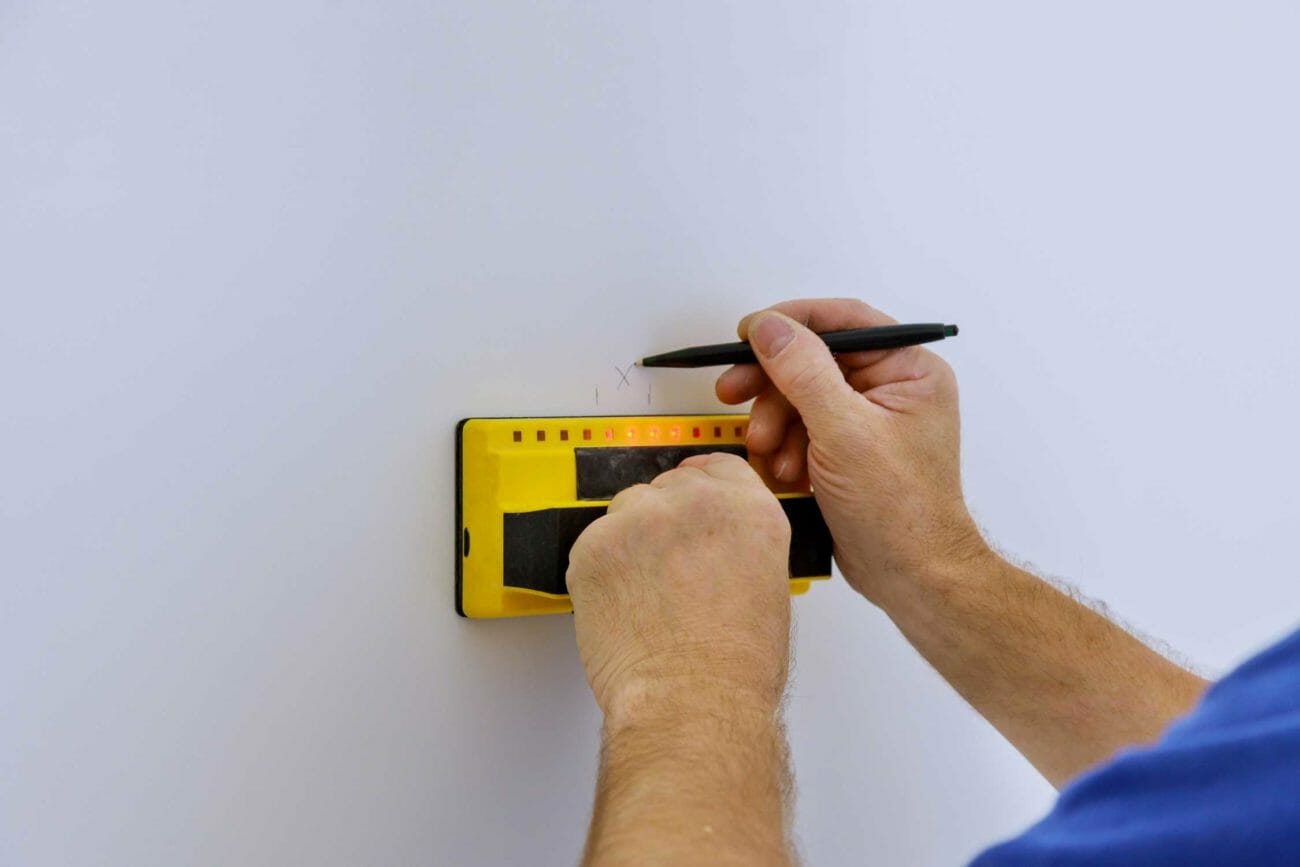 If you live in a wood-frame home, at some point, you will need to find a wall stud to hang a heavy picture frame, affix a TV, or to mount some wooden shelves.

However, randomly driving nails or screws into a wall, hoping to get lucky, probably isn't the kind of strategy you want to use. You need to find a stud. How do you do that?

Some people use stud finders, but you don't have to - and if you have plaster walls in your house, a stud finder will be less accurate.

Read on for ways to find a stud with or without a stud finder.

Table of Contents
Wall Studs: The Basics
How to Find a Wall Stud
1 - Look for Nails at the Trim
2 - Search Around Light Switches and Outlets
3 - Start From a Corner
4 - Look Around a Window
5 - Find Wall Dimples
6 - Use Magnets
7 - Use a Stud Finder App
8 - Drill a Hole
In Conclusion

Keeping these points in mind, try the following ways to find wall studs. You want to eliminate or at least reduce the margin for error when attempting to locate wall studs.

Whether you want to find studs to affix wooden shelves in your hallway or projector screen in your man cave, the less manhandling and mishaps the better. 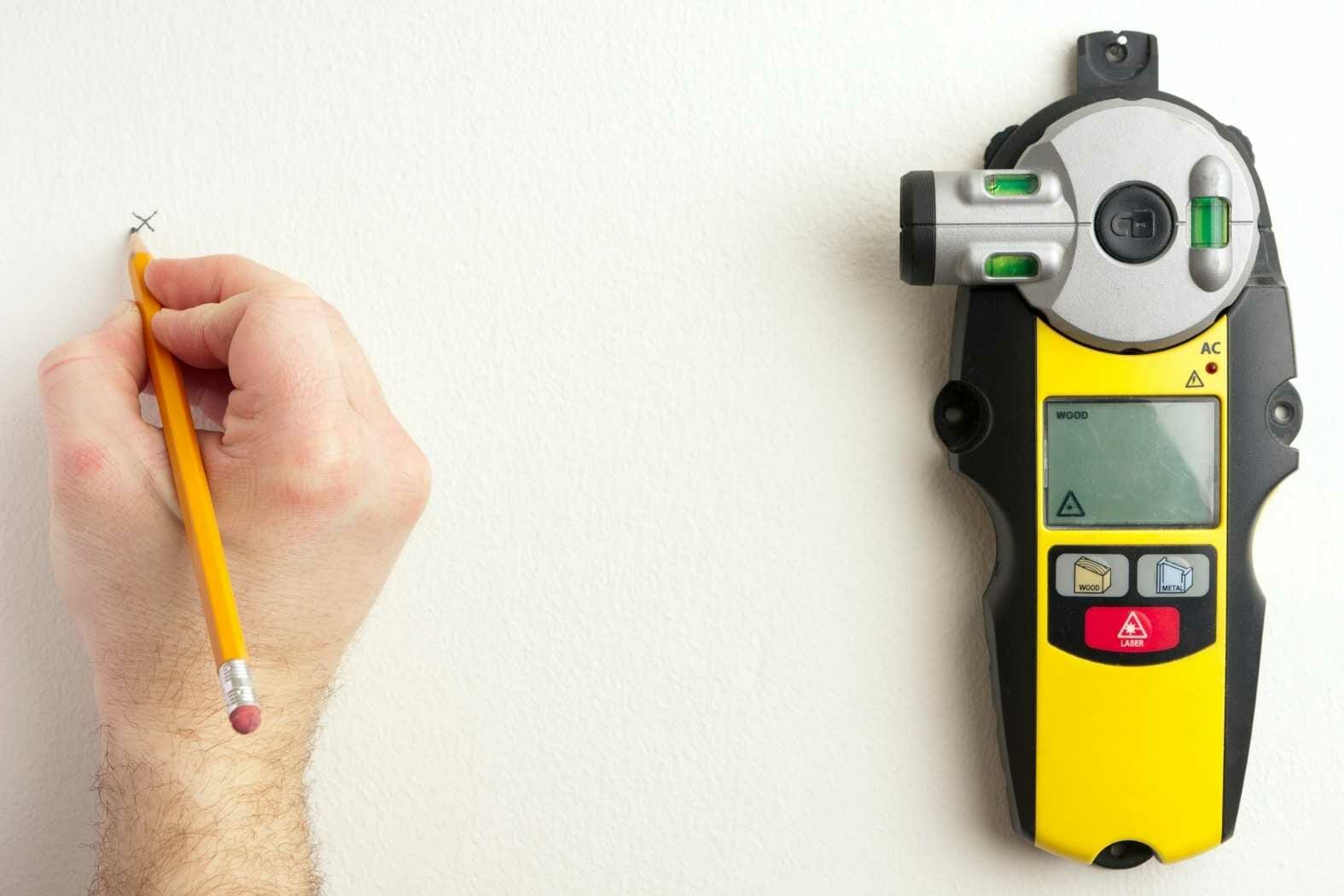 How to Find a Wall Stud

1 - Look for Nails at the Trim

Since builders typically use studs as anchors for baseboard, check along the trim and see if you can find nail holes.

These holes may be difficult to spot under a layer of caulk and paint, but if you identify one, you've found a stud.

Then, to locate all the other studs, all you need to do is mark spots at 16-inch intervals. Painters' tape will make marking easier.

2 - Search Around Light Switches and Outlets

If searching the trim yields no results, try looking next to switches and outlets. An electrical box will have a stud for support, at least on one side.

Carefully tap on both sides of the light switch to detect which side has a stud behind it. A solid sound hints that you've located some framework, while a hollow sound means you've hit drywall and need to keep looking.

You can knock with your knuckles or tap with a hammer. When using a hammer, make sure to cover its head to avoid damaging the wall, and ideally use the right type of hammer for drywall works.

You can also try to remove the outlet cover and use a flashlight to peer inside. Often, you'll be able to spot the edge of the stud that supports the electrical box. Just don't forget to turn off the power to the outlet first.

Once you've found the stud side, measure 3/4 inch from the outlet to find the stud center.

Since studs are usually 16 inches on center apart, you can use a corner of a room as your starting point.

Using a tape measure, mark a spot 16 inches from the corner. The problem is, not all rooms in a house can divide into an even number of 16-inch stretches, so at least one stud will typically be closer than 16 inches to a corner.

The "knock test" might also be helpful if you use the start-from-corner method.

4 - Look Around a Window

Since windows always have stud support, the process of looking for a stud can also start at a window.

However, you must measure from the window's actual edge, not the decorative frame, which may make this method tricky.

Check the walls for dimples, slight concavities that occur where builders use fasteners to attach drywall to a stud edge in plaster walls.

Wall dimples may be difficult to spot with the naked eye. Try using a flashlight with the beam turned up, parallel to the wall, for illuminating the dimples. The shadowing will make the dimples easier to locate.

Once you've found the dimples, use a pencil to trace a vertical marking line. Use the knock method to confirm the stud's location.

If you have an extra-strong magnet, you could try to use it to find a wall stud. Attach the magnet to a bit of string or tape and dangle it next to the wall.

If the magnet is powerful enough, it will pull towards the nails in the stud. You can now also use a magnetic stud finder which is a compact handheld stud finder that is actually very accurate and quite affordable.

An app to find a wall stud? Yes, that's a thing! Stud finder apps use your smartphone's magnetometer to detect metal objects inside walls.

While most studs are made of wood, not metal, the nails and fasteners that run along a stud trigger the app's detector.

However, while stud finder apps can be helpful, they often give false-positive results when they detect electrical wires or other metal items.

Safety first, however: Before you break open your well-organized tool chest to get to it, locate your circuit breaker to turn off the power. The last thing you want to do is fire up your cordless drill and hit a wire as you're drilling.

If you've found a stud, good. If not, try the following method: Take a wire hanger, untwist it, and bend it to form a right angle. Insert this improvised tool into the drilled hole and feel around for a stud.

If you've ever wondered how hard it might be to find a stud in the wall, we hope you found the techniques above useful.

However, keep in mind that while you can generally do without a stud finder, using this device might be a sensible option.

Learning how to find a stud in the wall is the easy part. Finding a stud behind a plaster wall filled with wall insulation is the difficult part.

But a decent stud finder is both compact and affordable and can be one of the most practical tools to have on-hand for in-home projects.

Ultimately, if you need to find a wall stud, whatever works for you is the right way. 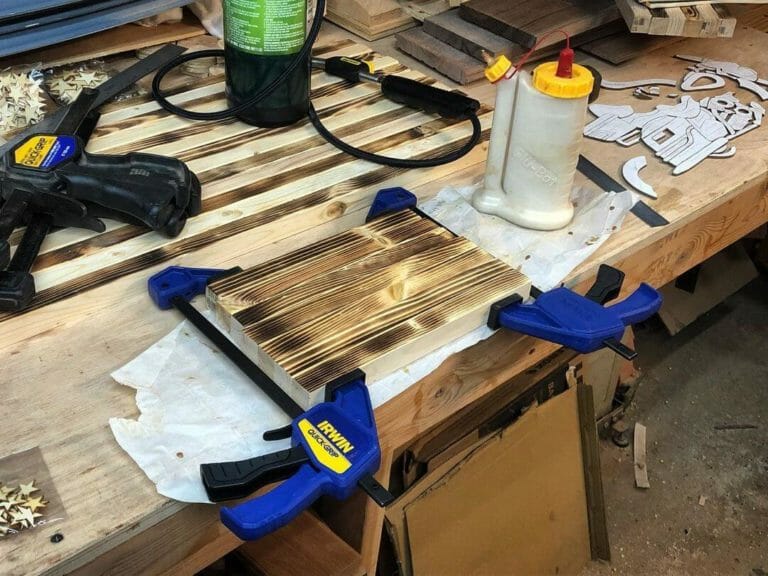 Here’s a fact about woodworking: All glues are not the same. The glue you use for one project won’t be the same stuff that you find in your arts and craft cabinet at home. It’s essential to have a type of wood glue that can handle any job easily and effectively. That’s why you need PVA… 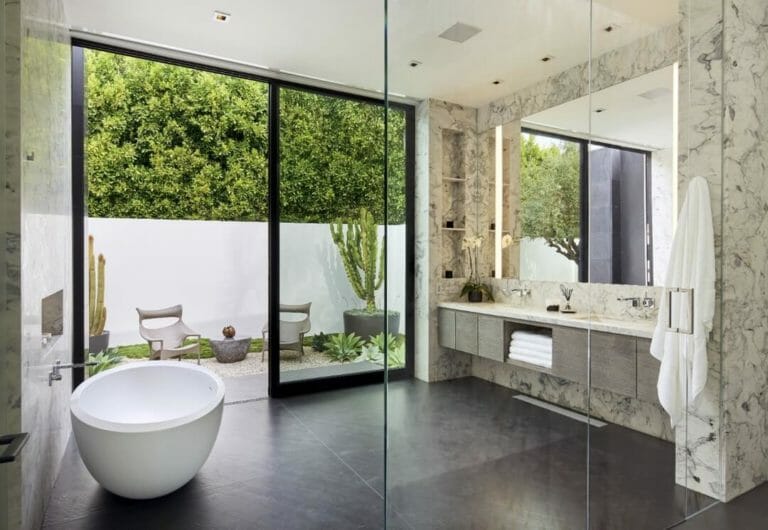 Shower tile transforms the bathroom into a sanctuary, harkening back to the inspired spaces in older-generation homes (but without the clawfoot tubs). Whether your ideas are for modern, accent, porcelain, art deco, a wood-look, or mosaic tile, bathroom shower tile is one way to upgrade this room to reflect your unique creative style. However, each space… 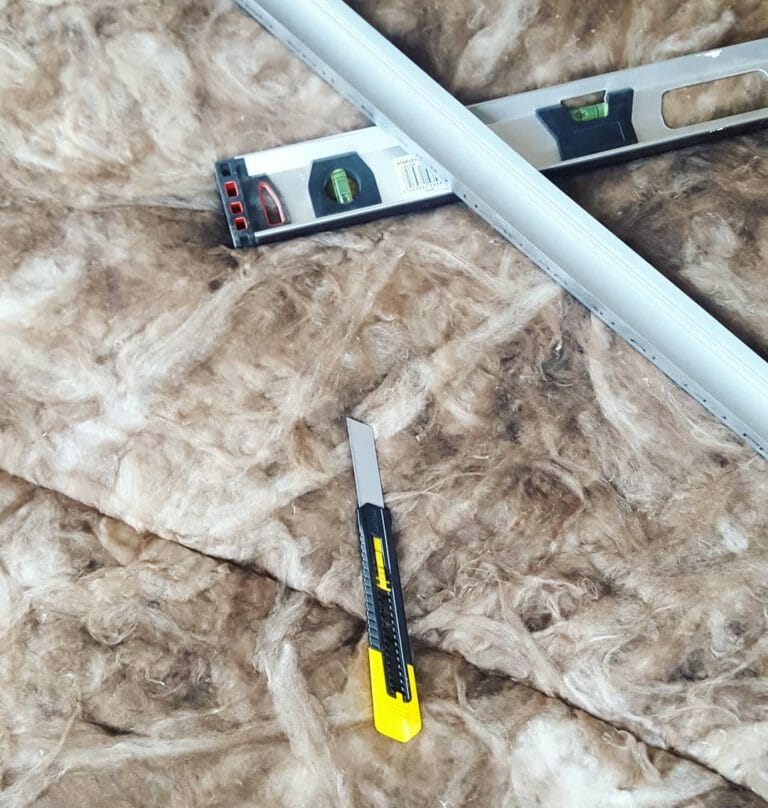 Adding insulation to your garage is a relatively simple DIY project that can save you money on energy bills. The benefits don’t start and end with improved energy efficiency, though. Insulation can prevent heat loss, increase your return on property value, and reduce noise pollution. If you want to insulate your garage but don’t know where to… 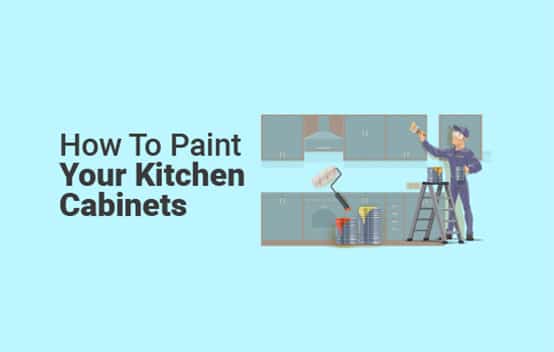 A thorough guide on how to paint your kitchen cabinets; from preparing the cabinets to the tools you will need, and painting them.Painting your old kitchen cabinets can be a great way to refresh an outdated look. By simply applying a fresh coat of paint to match your new color scheme, you can seriously improve… 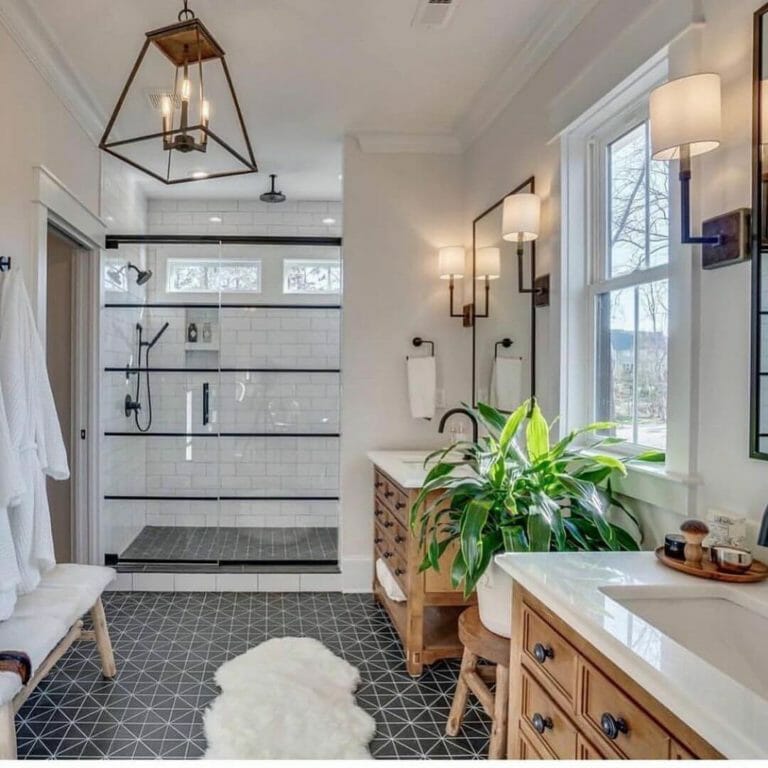 One of the most frustrating clean-up tasks that seems to be a constant chore for homeowners is getting rid of soap scum from glass shower doors. Why is that? Because soap scum is a stubborn combination of water hardness, fatty acids from skin and oil, and soap residue. If you clean the doors regularly, then the… 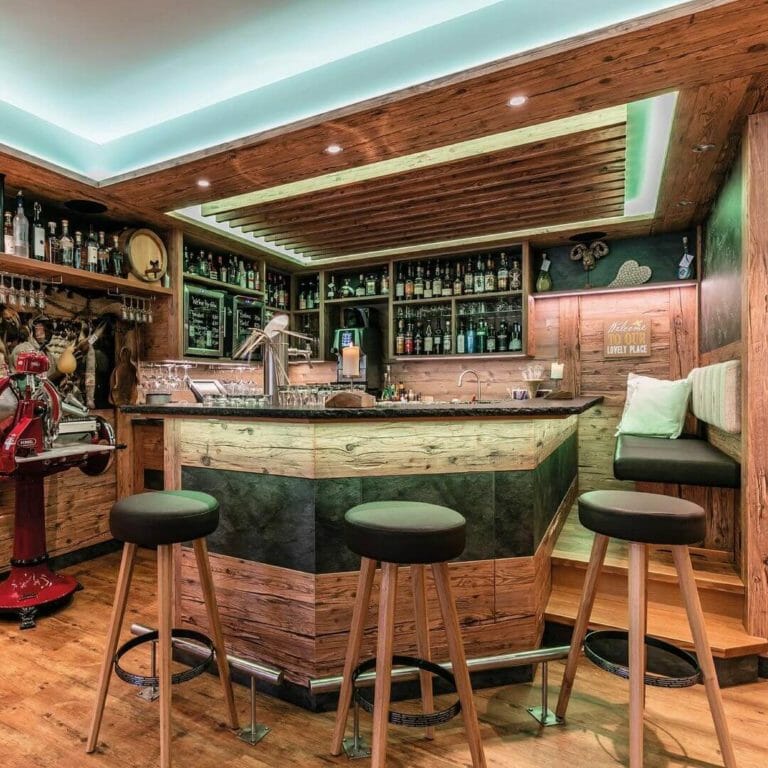 Are you considering a home improvement project to increase your property’s entertainment and resale value? Have you imagined building a bar in your downstairs den where you can socialize, throw parties, and enjoy watching sports events on the big screen with friends and family? Have you been browsing the internet or collecting magnificent bar ideas…