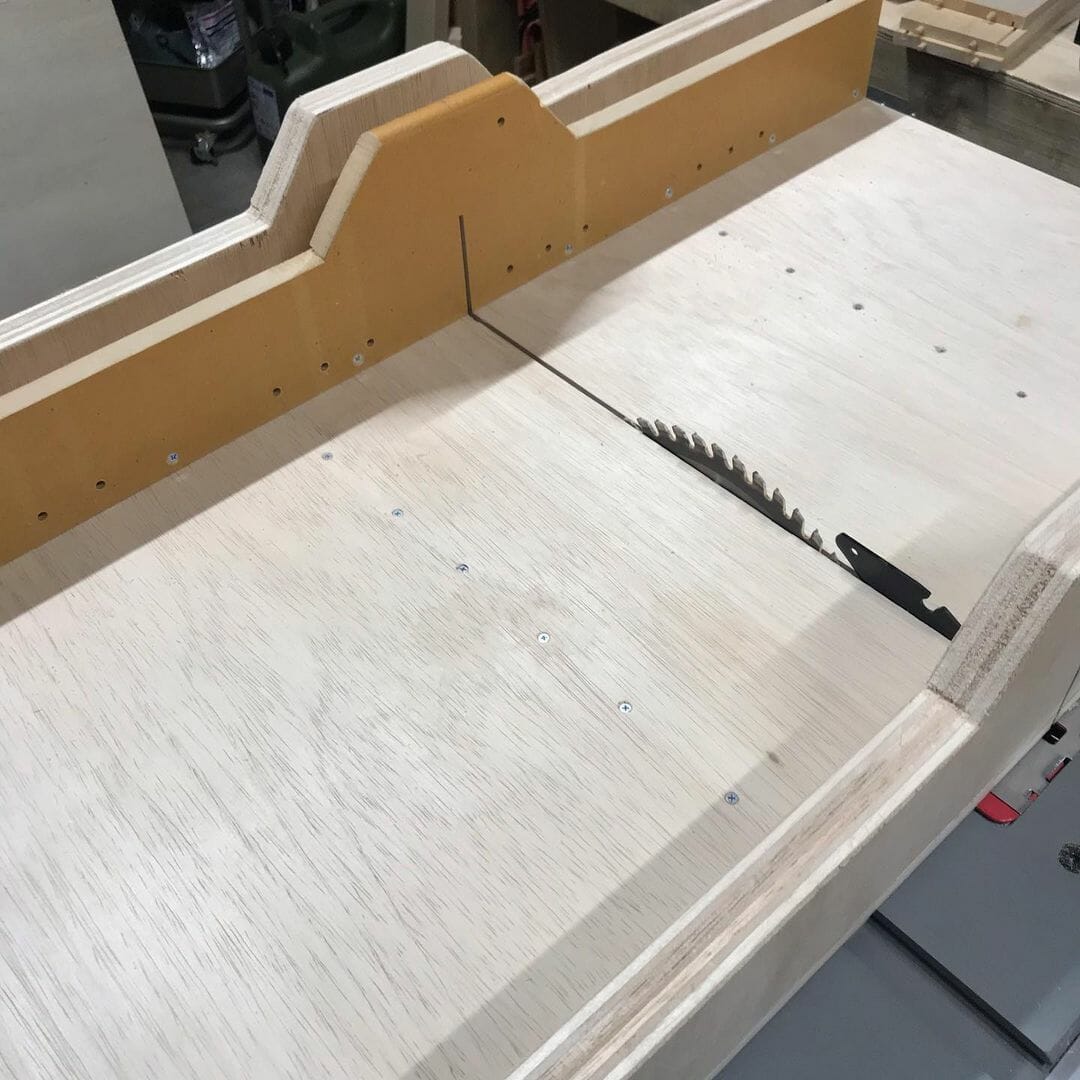 Any tool can be used for good or bad. It’s really the ethics of the artist using it - John Knoll

Unlike John Knoll, we’ve always thought that every tool should be used for good, or to improve whatever project it is that you’re working on.

While everything doesn’t always work out the way that you want it to, bad isn’t really a word that should be part of the woodworking fanatics lexicon.

Everything that we do is done for the common or individual good. It always has been and always will be.

However, occasionally you’ll come across a problem that all of the goodwill in the world won’t help you to solve, and that’s when a little good old fashioned know-how comes into play.

We’ve all hit the brick wall when trying to cut uniform pieces of wood or cut across the grain with a table saw and been a little worried about keeping all of our fingers intact and the same length that they’ve always been, and in that moment we’ve all had to face the inescapable truth.

The only way to do it effectively, safely, and properly is with a table saw sled.

What Is A Table Saw Sled?

Unless you were raised in a household where woodworking and home improvement were treated with the same sort of reverence as Saturday morning cartoons, you probably won’t be familiar with the concept of a table saw sled.

But if you're a serious woodworker, and you want to make the most of your table saw, you should be.

A table saw sled is a moveable piece of woodworking equipment that’s usually fashioned from whatever loose scraps of hardwood you can find in our workshop or has been bought from a reputable source that’s designed to ride in the miter rails (also known as miter gauge rails if you’re inclined to give them their full name) of your table saw.

The sled has a fence at the front and the back, which is used to position the piece of wood that you’re working against so that you can get a clean, uniform cut every single time that you use it. Which means that you don’t have to worry about losing a finger or two while you’re using your saw.

So now that you know what a table saw sled, or as it’s sometimes known a crosscut sled, is, the next thing you need to know is what it’s used for, and why you should use one. 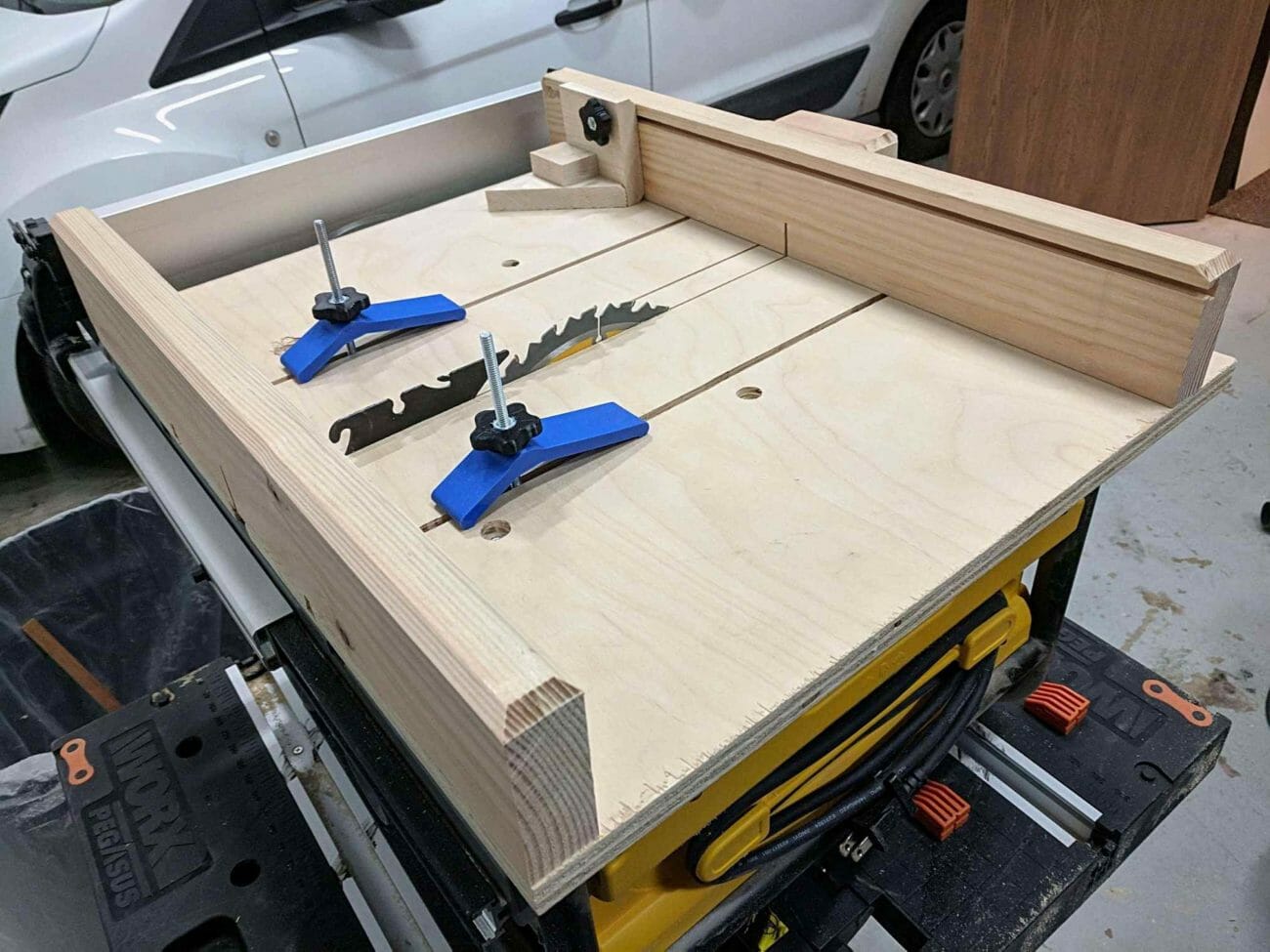 The problem with using a miter gauge is that you have to hold the piece of wood that you’re cutting against it and push it down and forward on your table saw at the same time.

And the more you have to do, the more chance that there is that something is going to go wrong, and when you’re attempting to do all three things at once and make a precision cut, that’s when the friction effect usually manifests itself.

Some folks call it slippage, some call it bad friction, we know it as the friction effect. It’s what causes the piece of wood that you’re working on to slide out of place and when it does, that’s when the accuracy of your cut goes awry.

It doesn’t matter how well you’ve got it lined up, once it starts to slide, it’s curtains for that cut and that piece of wood.

So your cut will always be accurate and precise. 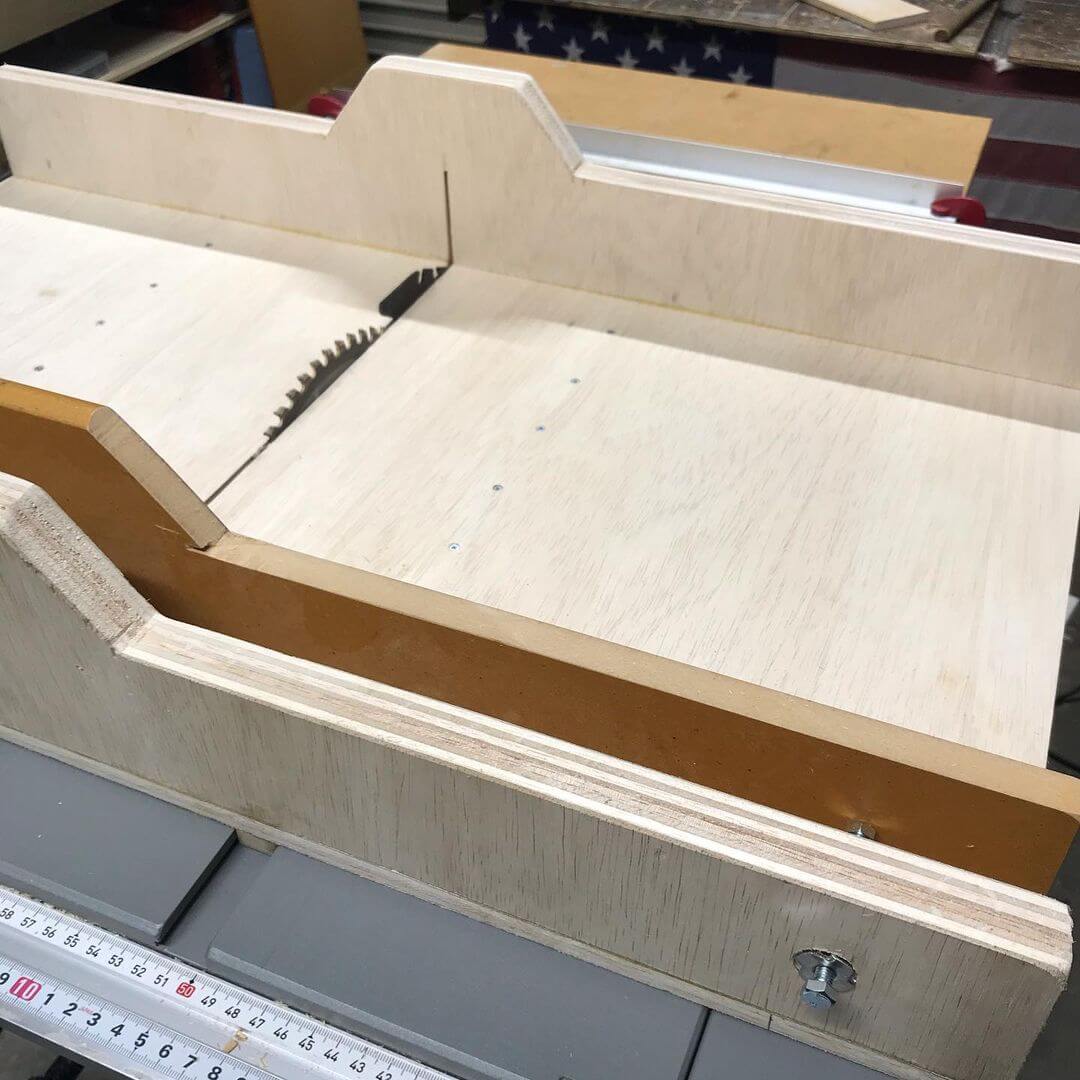 Artisan craftsmanship is all well and good, but when you’re focused on the more practical aspects of woodworking and want to make something that requires the wood you’re using to be of a uniform length, the easiest way to ensure that all of your cuts are the same size is by making them with a table saw sled.

Most sleds that you can buy have an adjustable back fence, so you can set the distance that you want to make your cut, clamp your piece of wood to the fence, and make the cut.

And then all you have to do it is repeat the process over and over again until you’ve cut all the pieces you need to the length you need them to be.

It’s a simple and effective way to make sure that all of your cuts are exactly the same length and size. 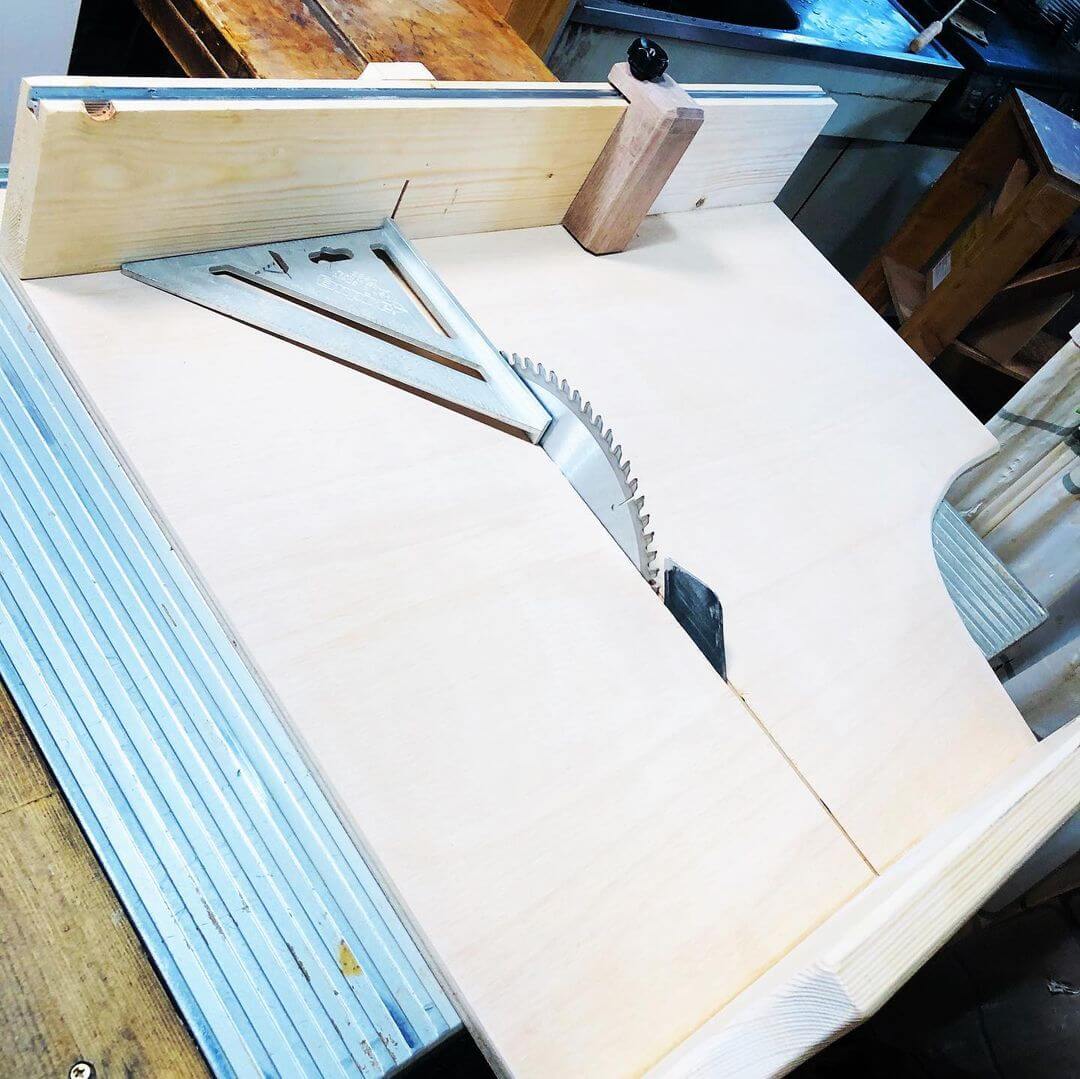 The last, and probably the most important reason to use a table saw sled is that it’ll give you an added advantage when it comes to making, and increase the accuracy of, your miter cuts.

Locking the precise angle of the miter cut that you want to make with a miter gauge is a difficult process and the chances of slipping while you’re making it are incredibly high.

And if you do, you’ll have to start all over again with no guarantee of success the second, third, or fourth time around.

That’s why a table saw sled with a fitted protractor can help you to make the sort of miter cuts that you’ve been dreaming about.

Just lock the angle in place on the protractor, clamp your wood to the sled’s back fence and make the cut safe in the knowledge that it’ll be safe,  and accurate, and will, no matter what angle you set it at, be precise enough to comfortably fit against, and with, any other table saw sled cut piece of wood that you’ve fashioned. 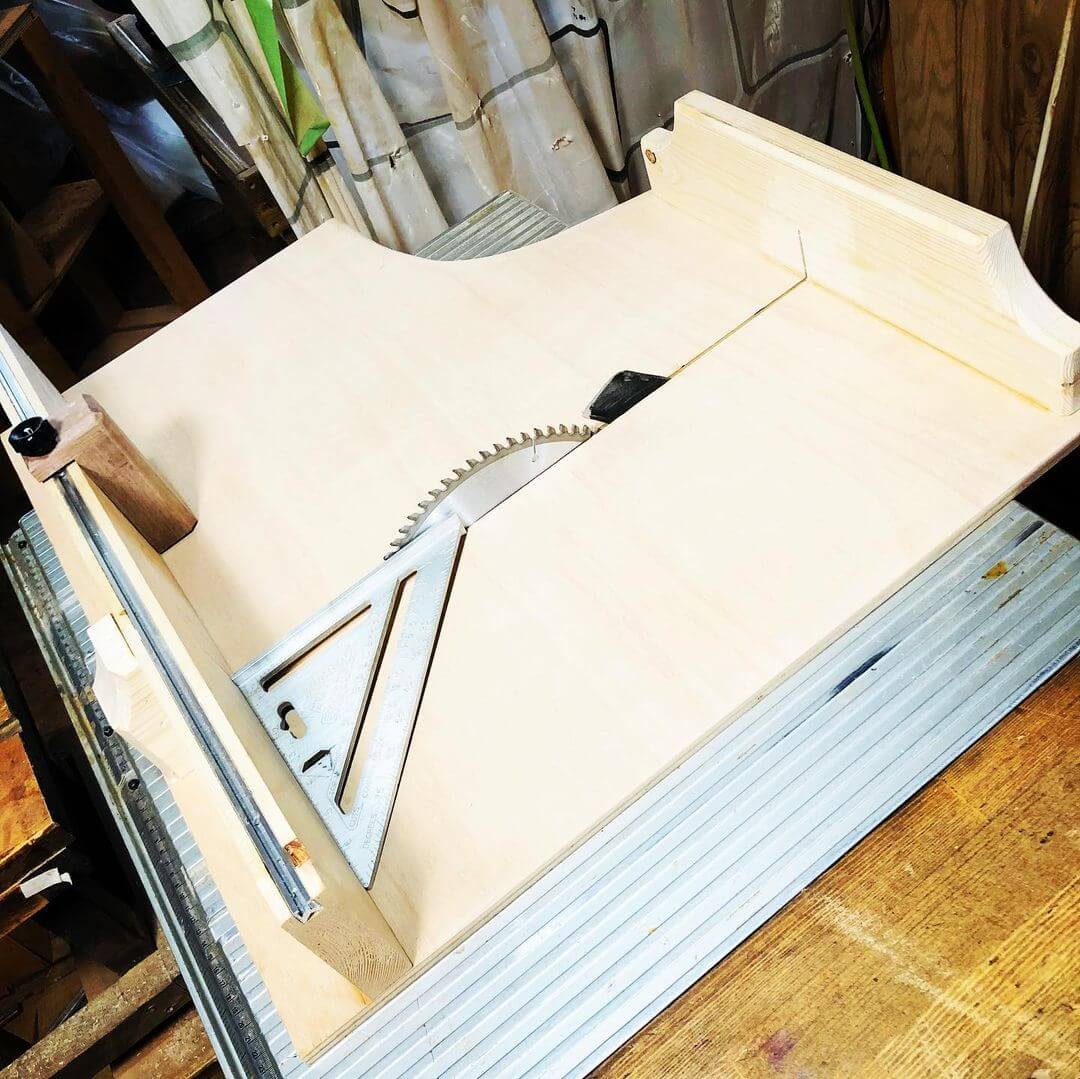 As we’ve already mentioned, we like the number of fingers that we have and we’re happy with their length, so we don’t want our table saw to reduce either of those things.

And it doesn’t matter how long you’ve had your saw or how experienced you are at using it, one slight miscalculation or slip, can lower the number, or length, of your fingers.

This goes for any saw you're working with. Be it a table saw or miter saw, when it comes to razor-sharp blades spinning at 3,500 RPM, you gotta be extra careful. Always err on the side of caution when handling any saw, no matter the cut you're attempting.

Making small cuts with a miter gauge is tricky at best, and at worst, it can be incredibly dangerous, as you can’t do it without your fingers getting close enough to the saw to feel the draught that makes while it’s rotating and in anyone’s book, that’s far too close.

Whichever way you choose to do it, the cut you make will be accurate, precise, and safe. And when you’ve finished making it?

You’ll have exactly the same number of fingers as you did when you started making the cut if you ensure to use your table saw safely.

We’re firm believers in always using a table saw sled to make every cut that we need to, and hopefully, with this brief guide to why a table saw sled will make your woodworking life easier and better, we’ve converted you to the sled cause.

But if you need another reason, just count the number of fingers that you have and remember, if you use a table saw sled that number will never change. 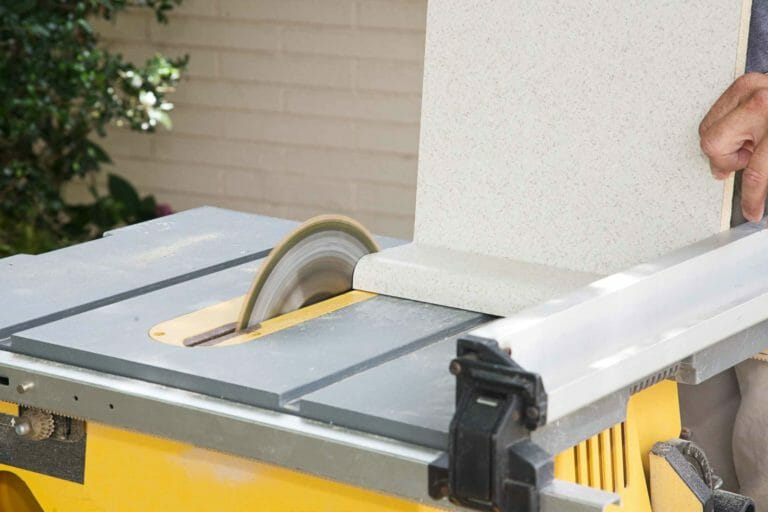 Not every piece of wood is sold squared. Sometimes the edges are way off that clean 90° angle that you need for square edges.  If you haven’t got a fully equipped workshop you might be cursing yourself and the boards in question with rough looking edges. But, before breakout into belligerent song and dance and kick the… 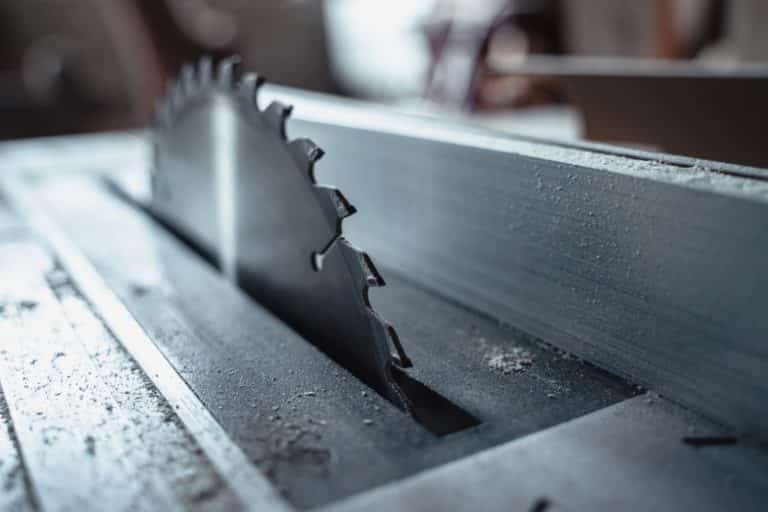 Saws are most commonly used for cutting wood. This is true of everything from simple hand-held saws to complex industrial saws.But what about when you need to cut metal? As saws are themselves made from metal, using them to cut metal can be pretty dangerous. But what about with a table saw? Can you use a… 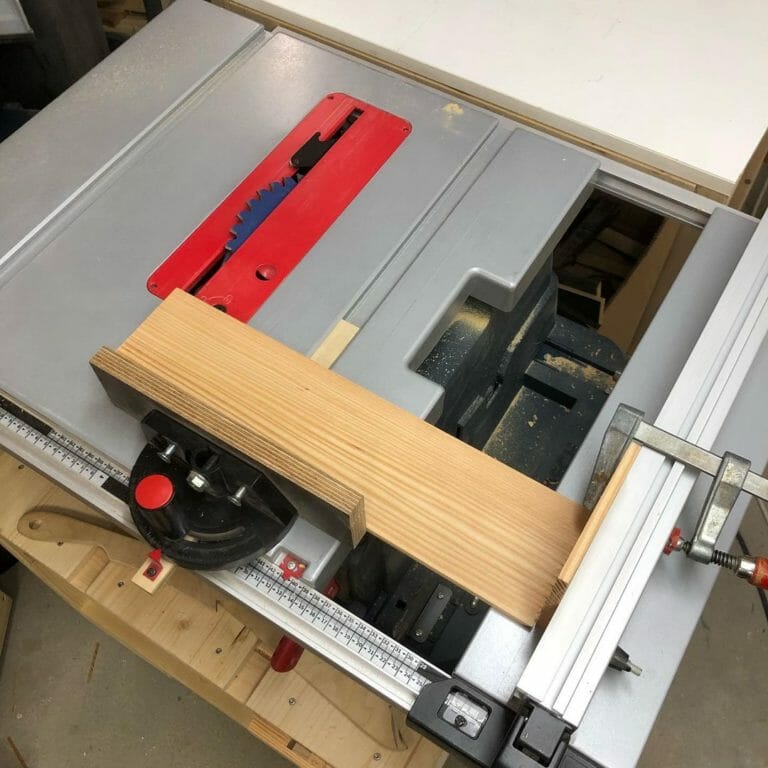 Table saws are every woodworker’s best friend and are generally the go-to saw in every workshop.  They can rip wood all day long; however, cutting angles with absolute precision really isn’t their strong point when comparing say a table saw vs a miter saw. There are two ways you can get your big, brutish table saw to… 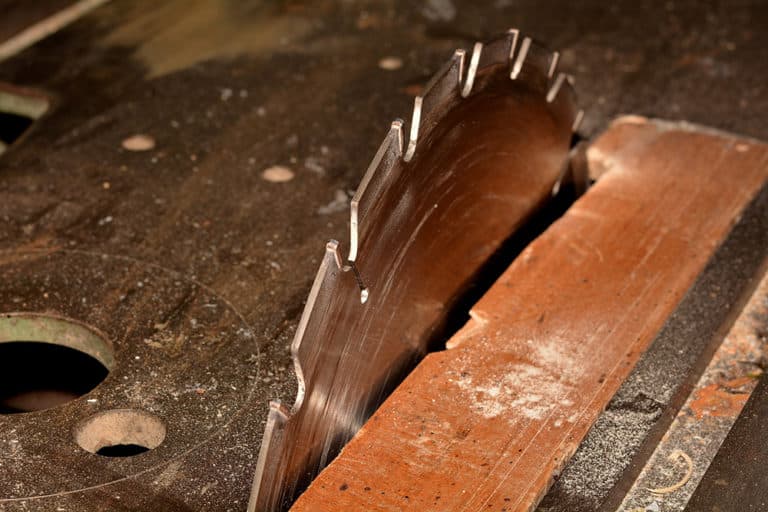 Are you currently stuck between a rock and a piece of hardwood contemplating either buying a table saw or a track saw?If so, you’re not alone. But don’t fret, the good news is that we’re here to assist you with making the right decision the first time around. Whether you’re a professional woodworker or humble DIY’er… 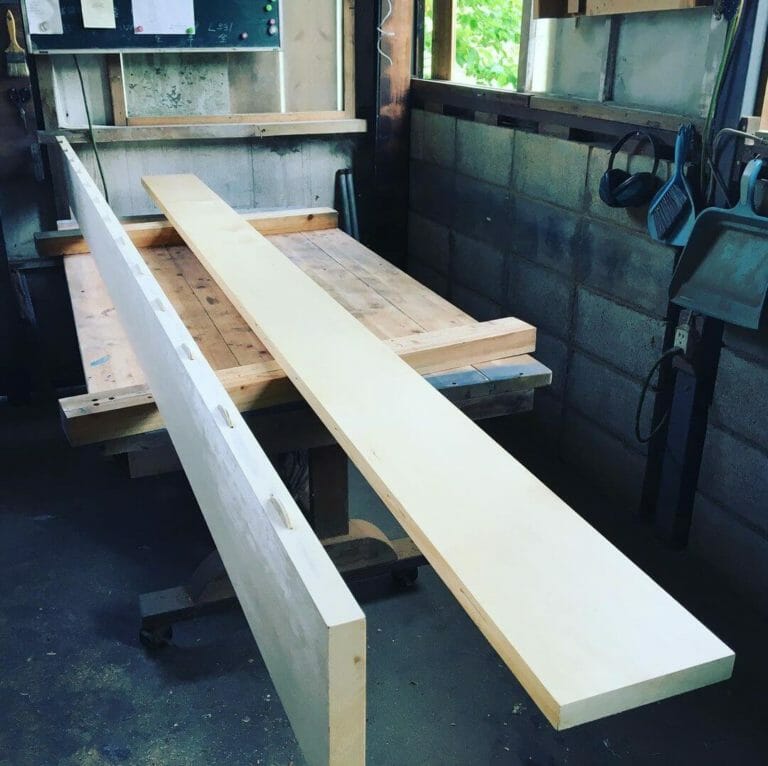 DIY activities are more popular than ever before. Home renovations have become something of a craze, and now more so than ever people want to make things their own in their home, and one way to do this is by doing it yourself. One of the most popular materials to work with at home is, of… 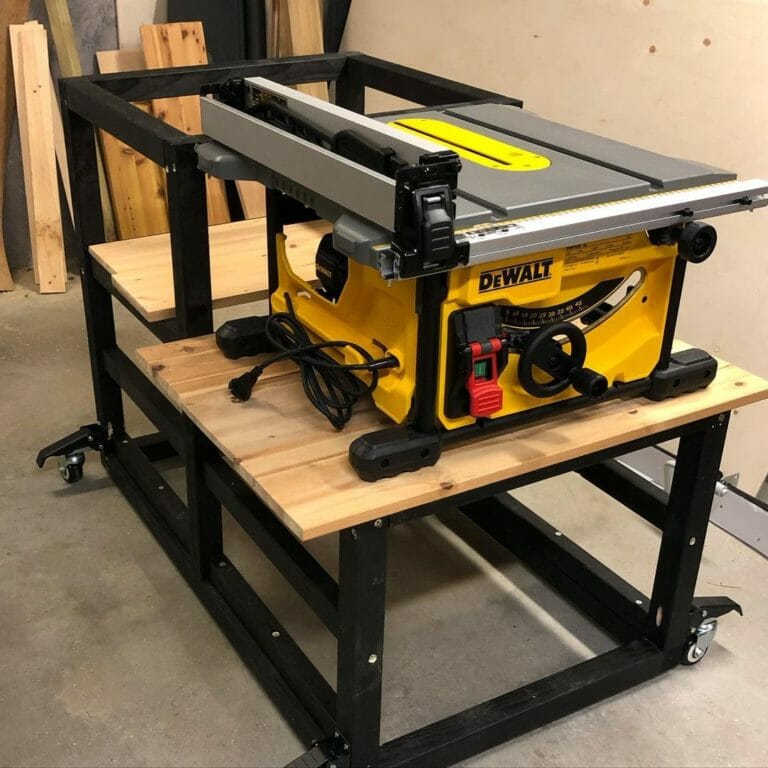 The best table saw to buy is the one that doesn’t have your other half questioning your next credit card statement with steam coming out of her ears. There’s no debating it, table saws are expensive. Which is why we’re going to be breaking down the top-rated table saws based on their ideal application. With our…