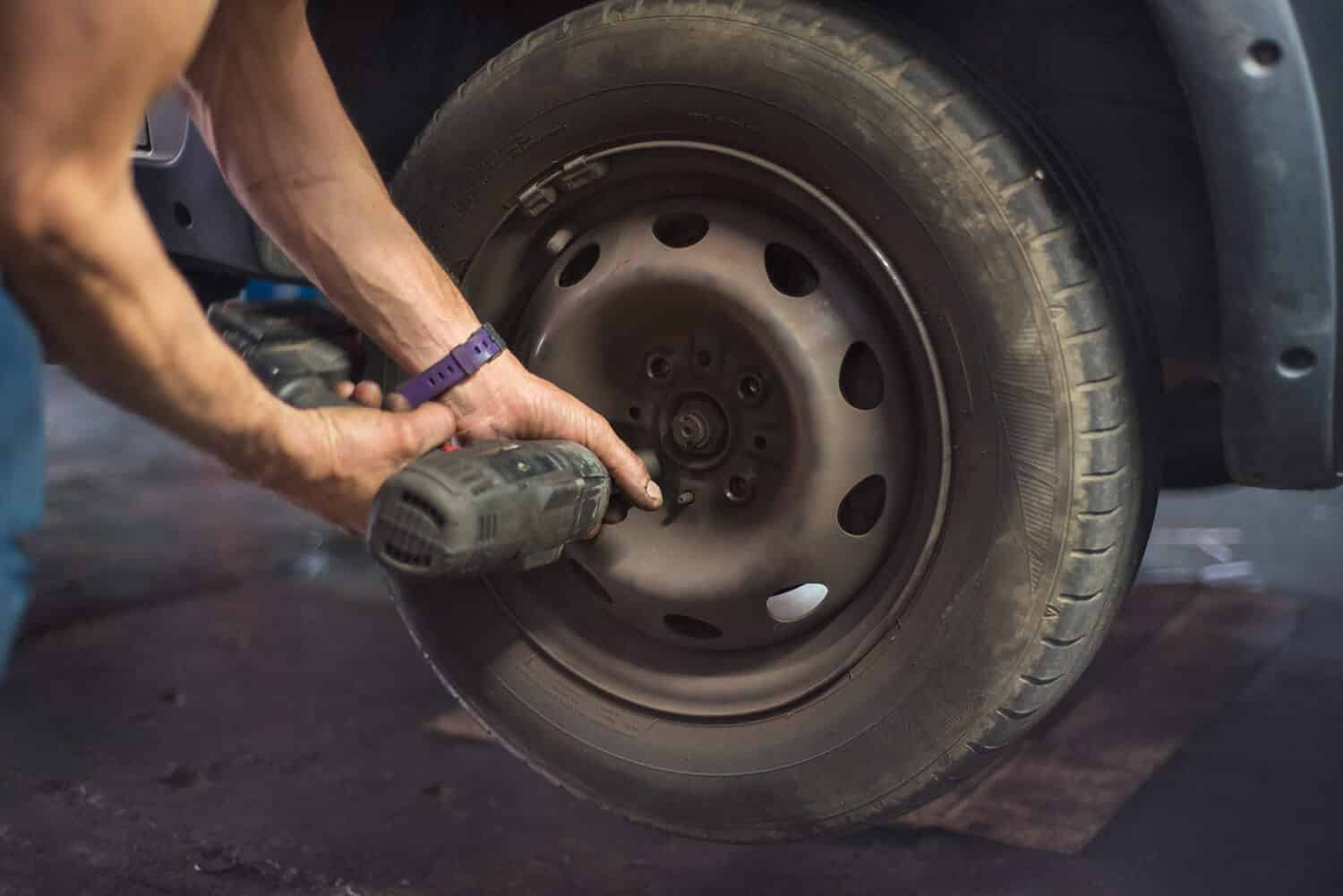 Impact drivers are fast becoming part of the standard tool kit for people who do DIY home repairs and improvements. Once considered a tool for contractors and professionals, impact drivers have become popular with consumers for their power, portability, and usefulness for a variety of tasks around the house.

But what about impact wrenches? While they are mandatory for auto race pit crews, are they as useful to have around the house? If you already own an impact driver, do you need an impact wrench, or can one tool do both kinds of jobs?

Since they are both high-torque tools, how are they different?

In this article, we'll take a closer look at the differences between impact drivers and impact wrenches, and what they are most often used for, to explore the similarities and differences between them, and help you decide whether you need one or both tools in your toolkit.

What is an Impact Driver?

While an impact driver might seem similar to a cordless drill and look nearly identical to an impact wrench, they are markedly dissimilar in functionality and individual use cases.

An impact driver is a power tool designed to deliver high torque or rotational force. The impact is a strong, repeated, rotational force (rather than forward force, like a hammer), and they are designed to drive screws and fasteners with speed and power. They usually have hex sockets, with bits specially designed for the additional stress that an impact driver places on a bit.

What Can You Use an Impact Driver For?

A cordless impact driver is typically used for driving screws into heavy-duty materials like dense studs and masonry. Impact drivers are smaller and less versatile than cordless drills, but deliver a lot of torque, which means additional power to drive long screws into tough materials quickly, with less effort from the user.

You can also use impact drivers for drilling holes with a 1/4-inch hexagonal shank and bit drill to suit. If you're just drilling a few holes into wood, plastic or aluminum, you'll have very little trouble. Although once you go beyond 1/4-inch by utilizing adapters and attempting to drill into heavy metal or hardwood, you'll definitely need bits rated specifically for an impact driver. 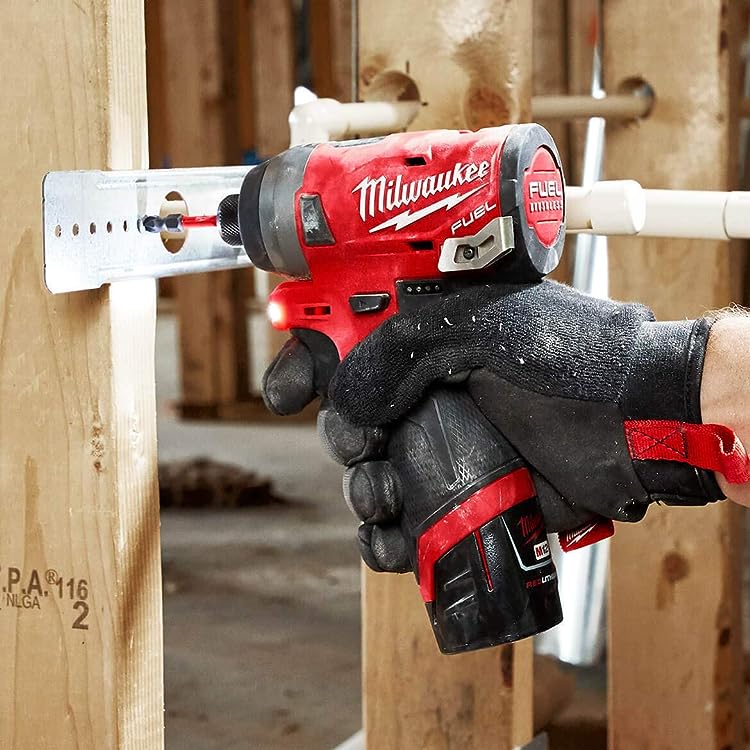 What is an Impact Wrench?

What Can You Use an Impact Wrench For?

Impact wrenches are designed to apply a lot of force to fastening or loosening sockets, rather than driving screws or fasteners. They are so powerful that they are typically associated with heavy-duty automotive and construction equipment work, with oversized, very tight sockets and bolts that are difficult to loosen and tighten correctly.

In short, you simply do not need the level of power and torque from an impact driver to drive screws, but for removing a 10-inch prevailing torque nut on the foot mount of a motor, you're going to need that extra juice and larger square drive to get the job done. 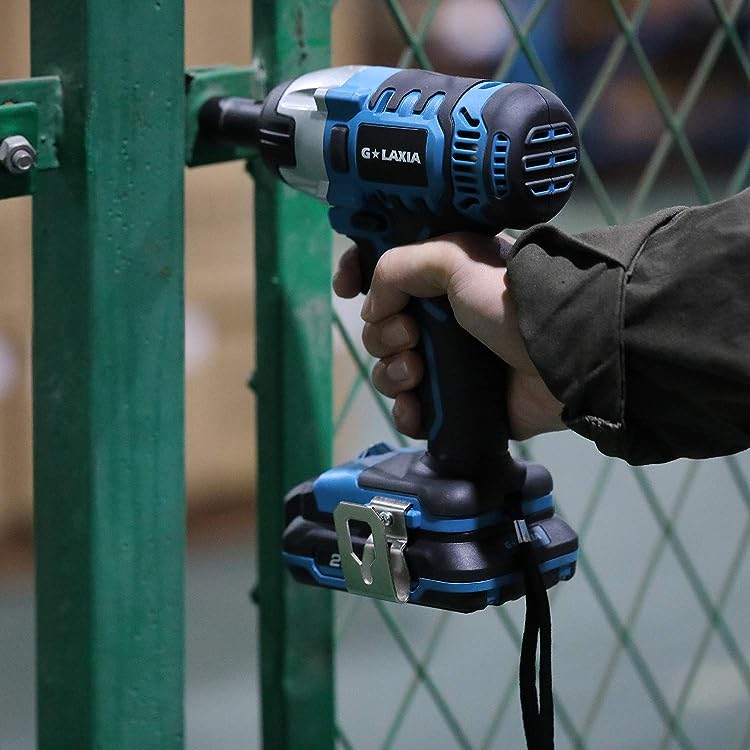 What is the Difference Between an Impact Drill and an Impact Wrench?

While impact drivers and impact wrenches use the same principles in operation, they are used very differently and have distinctly different applications.

Impact wrenches deliver many times more torque than impact drivers, usually thousands of pounds more. They are used professionally on heavy equipment and in construction. For most homeowners or DIYers, the most common applications for an impact wrench would be in the garage, where they could quickly zip lug nuts and bolts off of a car while doing oil changes and automotive maintenance.

Impact drivers, on the other hand, are increasingly popular for DIY and home projects. While they aren't as versatile as a cordless drill, they are great for building decks, home repairs, and can even remove a sticky lug nut.

The truth is, most average homeowners won't have that many jobs around the house that require an impact wrench. Since an impact driver can be used to tighten and loosen lug nuts and do other light automotive tasks, it's usually perfectly adequate for most needs, and a much more versatile tool to have around the house. However, for mechanics and professionals, who need hundreds or thousands of pounds of torque delivered with low effort and high speed, an impact wrench is part of daily life.

Can You Use an Impact Driver to Remove Lug Nuts?

While the right tool to use for this task is an impact wrench due to its high-torque output, if you only own a cordless impact driver and need to remove some lug nuts to replace a tire, you should be able to accomplish this as long as your impact driver isn't some super cheap knock off-brand.

As with almost all power tools, impact drivers and impact wrenches are designed for different specific tasks and are used in a variety of varying circumstances. Now you know the differences between impact drivers vs impact wrenches and the most common household applications for each of the power tools, you can now confidently decide which one would better suit your needs, and which one is worth the investment.