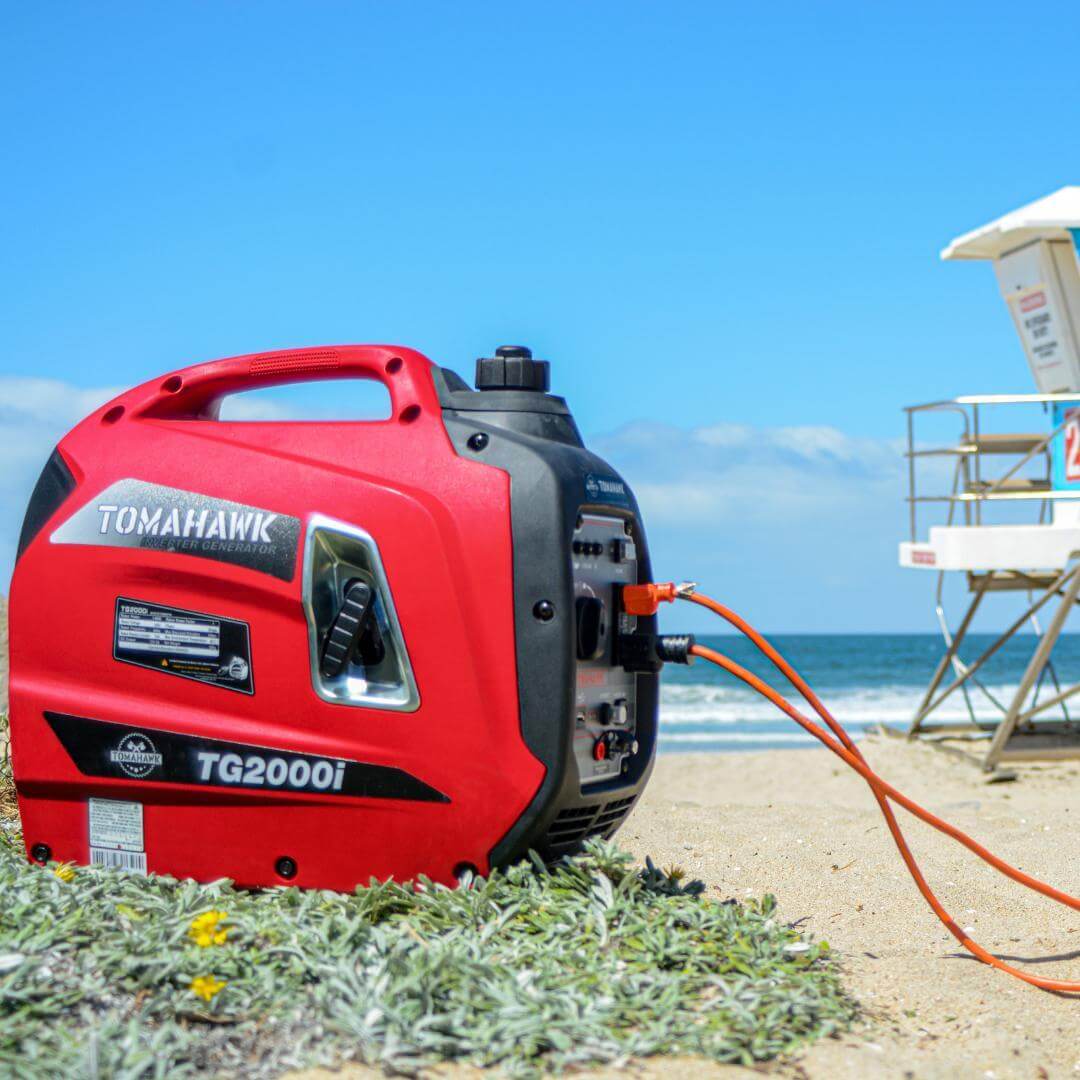 The three clear advantages an inverter generator has over a conventional open frame generator or a standby generator, weight, reduced operating noise level, and mobility.

But considering you likely already knew the obvious benefits, I'd like to share a few other defining characteristics that make inverter portable or home generators ideal for your future temporary power needs.

Let's get into it.

What Does it Mean When a Generator Has an Inverter?

When a generator has an inverter, it means that it uses an electronic mechanism that regulates the supply voltage to the motor by throttling the engine up or down depending on the power needs.

An inverter generator can sense the necessary power demand, and will then automatically adjust its output accordingly to adapt to the desired load requirements.

Instead of running full tilt the whole time, like a conventional generator, it only runs as hard as it needs to in order to fuel the connected electronics. This is ideal for saving fuel, for lowering emissions, and for vastly reducing operating noise levels as well.

Inverter generators have a massive advantage over a conventional generator when it comes to fuel efficiency as the running amperage of the motor varies. Other generators without an inverter feature run direct-on-line (DOL) with the motor drawing maximum amperage at full speed every time it runs. 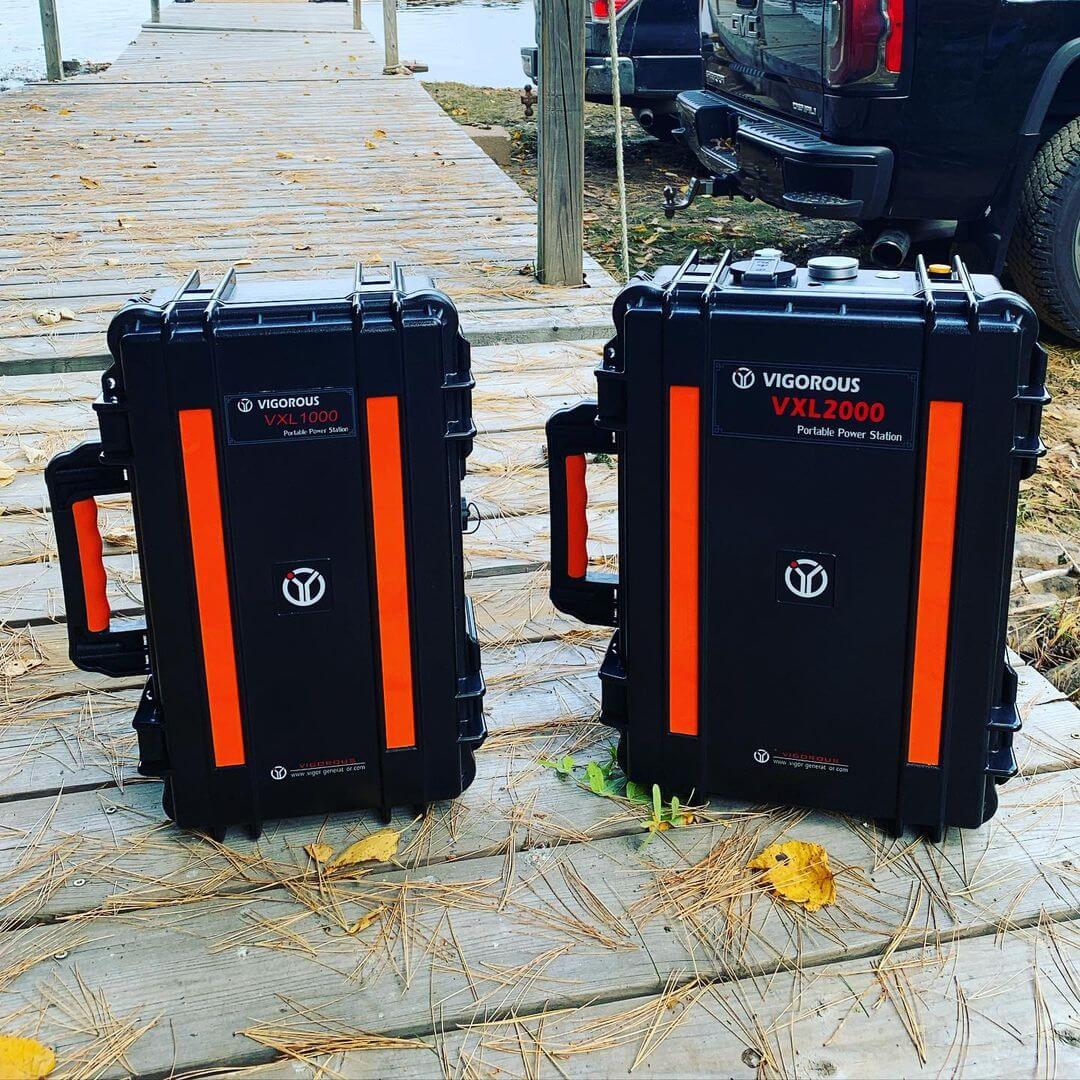 Why Choose an Inverter Generator?

To be blunt, inverter generators are just an overall better option for those on the hunt for a portable generator.

Generators with inverters are no different in terms of functionality to your home HVAC system, and if you've ever owned an AC system before compressors came with an inverter feature, you'll know exactly what I'm talking about.

The operating cost of any load, be it generator engine or compressor, is substantially reduced when AC power can be regulated via any variable speed controller.

Attempting to utilize a regular open frame generator in the same fashion will unfortunately require the helping hands of others due to the additional weight.

Lastly, I know I've already touched on this point before, but it really can't be overstated, and that's the operating noise of an inverter to an open frame generator.

Even when an inverter model of the same capacity is throttled up to full speed in compassion to an open frame generator, there is about 50 dBA difference between the two units.

That is a disparity and you, your neighbors or even the nearby campsite will surely notice and undoubtedly despise within a short period of time. 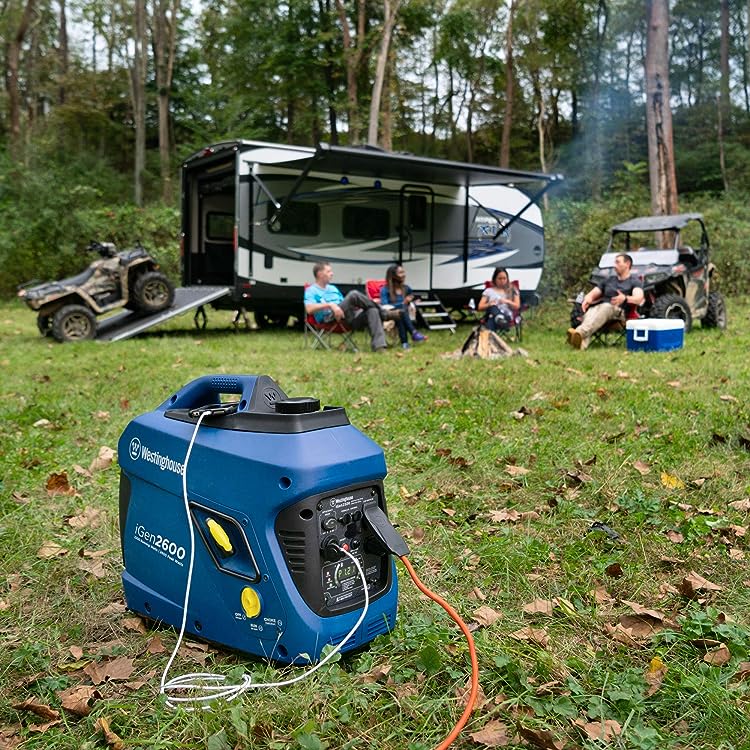 Why are Inverter Generators So Quiet?

As previously mentioned, inverter generators produce a lot less noise than conventional open frame generators. This might be a major consideration when choosing a generator, and especially so if you've got nosey annoying neighbors nearby.

In general, due to the fact that inverters only produce as much power as is needed at a given time, they usually don’t need to run as hard, thus producing less noise, and drawing less amperage.

Due to the fact that inverter generators are usually more fuel-efficient and produce less power, they are also a helluva lot quieter.

It’s honestly like comparing an eco-friendly 4 cylinder engine, to an earth-shattering V8 that was created purely to raise hell and decibels.

Simply put, the higher the power output, the more noise that is created. So if you want a mammoth for a generator that doesn't come equipped with an inverter feature, you can kiss any sort of quiet operation mode goodbye.

What is the Absolute Best Inverter Generator?

If that's the case, the one inverter generator I'd recommended you consider (over all other portable generators for that matter) is the Westinghouse iGen2200 Portable Inverter Generator. This inverter generator is super quiet at full speed generating just 52 dBA under load with a runtime of 12 hours on a 1.2-gallon gas tank.

It's also very reasonably priced and in comparison to any other conventional generator on the market, you'll have a much easier time hauling it around as it weighs just 46 lbs. When it comes to actual bang for your buck, the Westinghouse iGen2200 tops all other portable generators within its capacity.

What is the Best Budget Inverter Generator?

So if you're after an inverter generator but don't want to break the bank, the WEN 56200i 2000-Watt Gas Powered Portable Inverter Generator is your outright best option.

The WEN 56200i on par in terms of operating noise levels as it produces 53 dBA at full load. This is one 1 dBA more than what the Westinghouse iGen2200 generates.

While the build quality of the WEN 56200i isn't in the same realm as the Westinghouse model, you're still getting a reliable inverter generator while saving around $150+ in the process. With its 79.7cc 4-stroke OHV engine, you will get enough juice from this extremely portable inverter generator for all your camping needs, tailgates shenanigans, and for delivering essential power when an outage occurs.

One of the downsides of buying the WEN 56200i is the limited warranty period. Plus, some Reddit users had previously reported issues when having warranty-related faults actioned under a claim. But, if you're willing to take a chance due to budget restrictions, the WEN 56200i could be a fantastic buy for all your temporary power needs.

Which is Better: Inverter or Open Frame Generator?

One thing to consider when comparing these two types of generators is the current which they create. Conventional generators create only AC current, whereas inverter generators create currents in phases (high-frequency AC power to DC power and then back to stable AC power).

The advantage of an inverter generator is that the flow of electricity is more constant and much cleaner. Inverter generators are much safer to use with sensitive gadgets and equipment; such as laptops and mobile phones.

Conventional generators can cause a lot of harmonic distortion, which can end up damaging sensitive electronic components.

Due to a difference in the size of the fuel tank as well as mechanical differences in the production of electricity, conventional generators produce more power than inverter generators. Conventional units can put out up to 10,000 watts, whereas inverters usually top out at around 4,000 watts.

They often automatically adjust their power output to meet the demand, thus not using more fuel than is required to power whatever you have connected to it. Not only do inverter generators use less fuel, but they are also much less bulky due to this (smaller fuel tank).

Due to the smaller fuel tank and other smaller components, inverter generators are usually much smaller and lighter as a whole, thus making them more portable.

You can easily find an inverter generator that weighs between 40 and 100 pounds, making them quite portable, a feature that a conventional generator does not have.

Due to their lower fuel consumption and their ability to match power output to the demand, inverter generators also tend to be much more eco-friendly than conventional generators. Inverters produce fewer emissions that may harm the environment.

When it comes to the money you'll spending, be aware that inverter generators (and generators in general) can be very expensive and usually always cost more than comparable conventional generators. 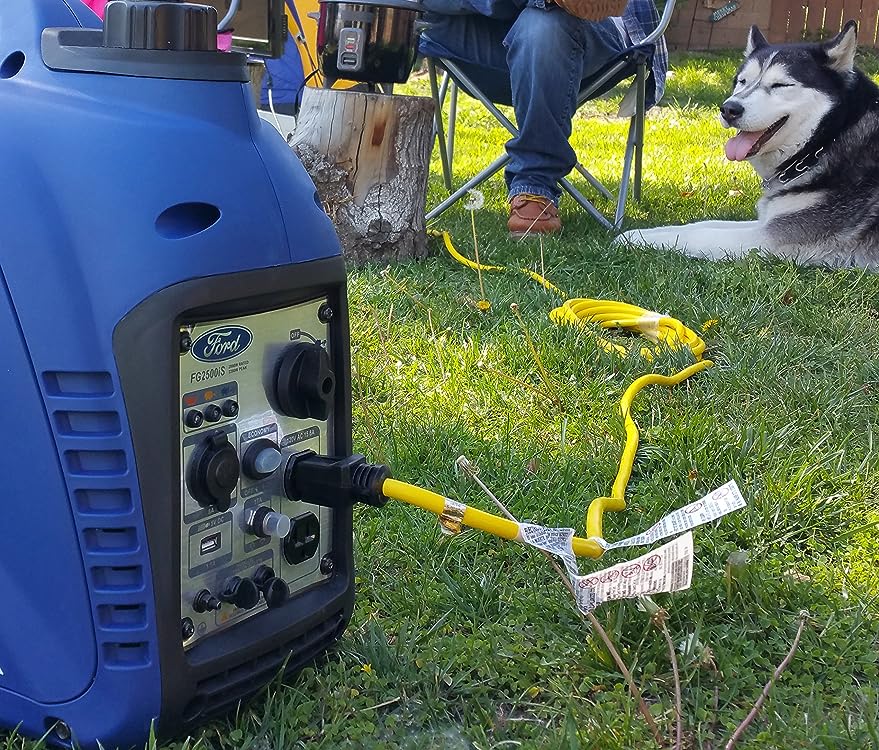 Are Harbor Freight Generators any Good?

If you don’t know, Harbor Freight is a popular retailer that sells low priced tools, power equipment, and other related products.

One of the main reasons why people love shopping at Harbor Freight is their low prices. Here, you can find decent quality generators for a fraction of the cost when compared to other brands available. For this very reason, many are concerned about the quality of Harbor Freight generators.

As the old saying goes, you get what you pay for.

For the most part, Harbor Freight generators offer sufficient performance and acceptable features, although quality control issues have been reported by some users over the years.

That said, if you spend damn near twice as much on something like a Honda EU2000i generator, it would be hard to make any sort of comparison as it would be like going from a Dodge Dart to an AMG C63s. You're going to instantly notice the difference between the two generators, and likely glare at the lesser model with nothing but disbelief and contempt.

However, if price is the overall determining factor for you when choosing an inverter generator, you could take a hard look at what Harbor Freight has to offer with the Predator 3500 Watt Super Quite Inverter Generator.

Who knows, you might get yourself a few solid years of use out of a Harbor Freight generator, and you could then deploy that leftover cash to other more important things like; beer or scotch, or more beer.

Whether you go with a generator with inverter feature or a traditional open frame generator will depend upon your budget and power consumption requirements.

An inverter generator is truly an awesome investment for those looking for a reliable temporary power source in the portable generator department.

Inverters generators are highly efficient and provide reasonably quiet operation when compared to a whole house generator or even a dual fuel portable generator.

The advantages are pretty clear, although justifying the added expense of an inverter will depend on how much you expect to use such a generator.

Although useful, these particular skills that I've acquired aren't quite on Liam Neeson's level. 😜

That said, if you're looking for helpful hints and tips on how to correctly construct an internal wall as opposed to painting one with an Uzi, I'm your man. 👷‍♂️ 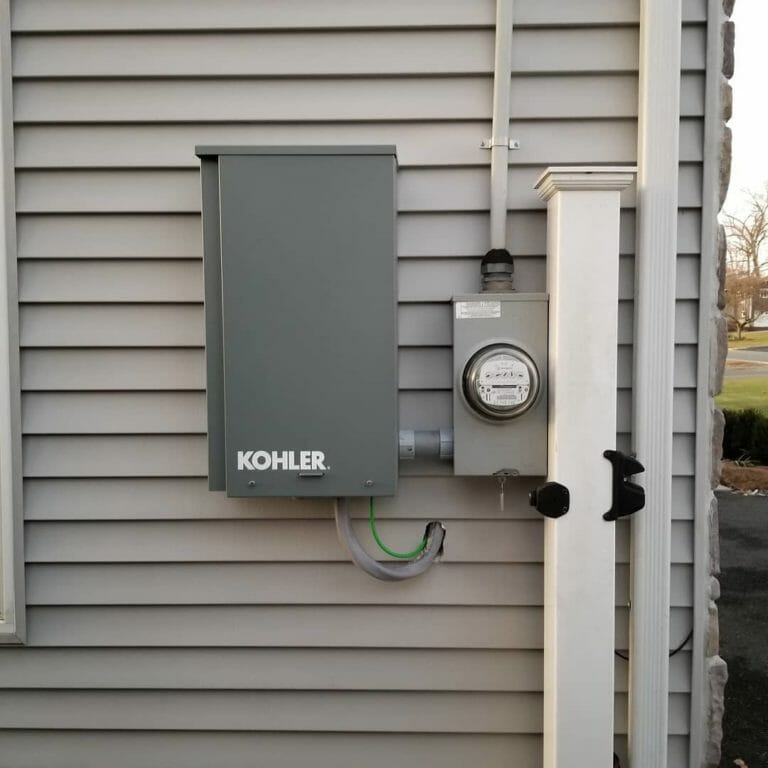 A transfer switch is a crucial aspect of running a home generator safely (and, in many cases, legally). The transfer switch isolates the electrical load, allowing your home to run off of municipal power or generator power, without mixing the two. This prevents electricity from your generator from flowing outward onto city power lines, and endangering people… 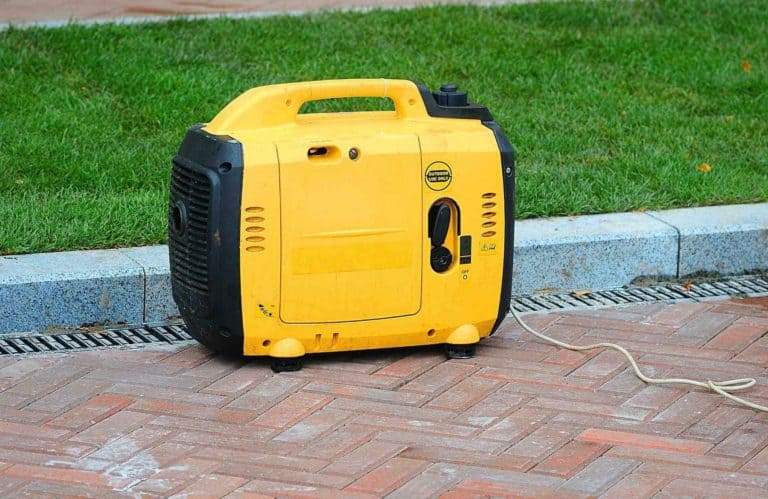 A generator is a fantastic way to maintain an independent power supply when you need it. But if you want to use your generator to power electronic devices, you run the risk of damaging sensitive equipment like laptops and computers, mobile phones, and DSLR cameras. Here’s everything you need to know to make a generator safe… 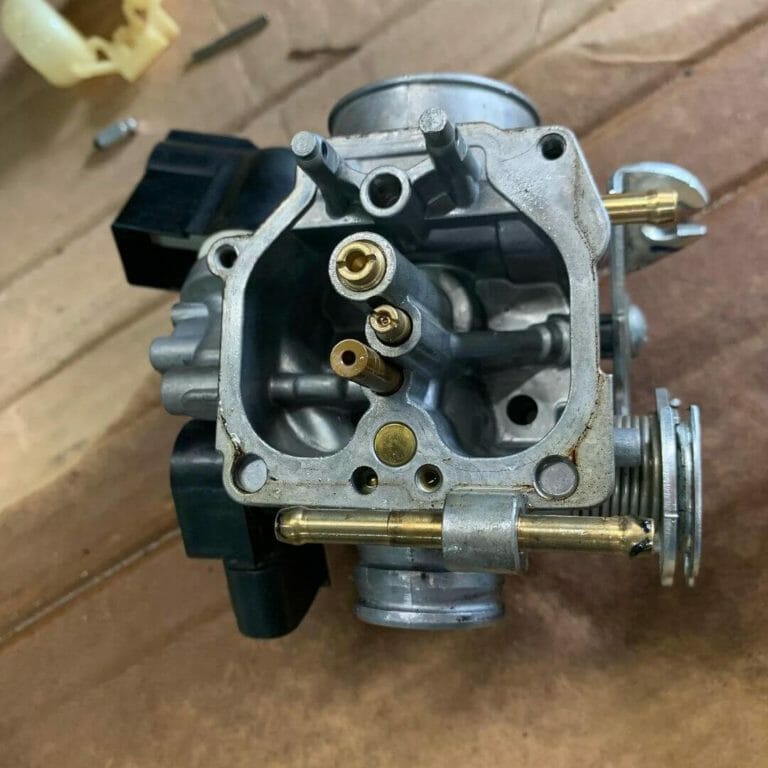 In order for any portable or home standby generator to operate efficiently, they will require regular routine maintenance, particularly because they are typically not used that often. If your generator doesn’t start when first attempting to use it after a prolonged period of time, the carburetor could be the cause of temporary power problems.  However, removing and… 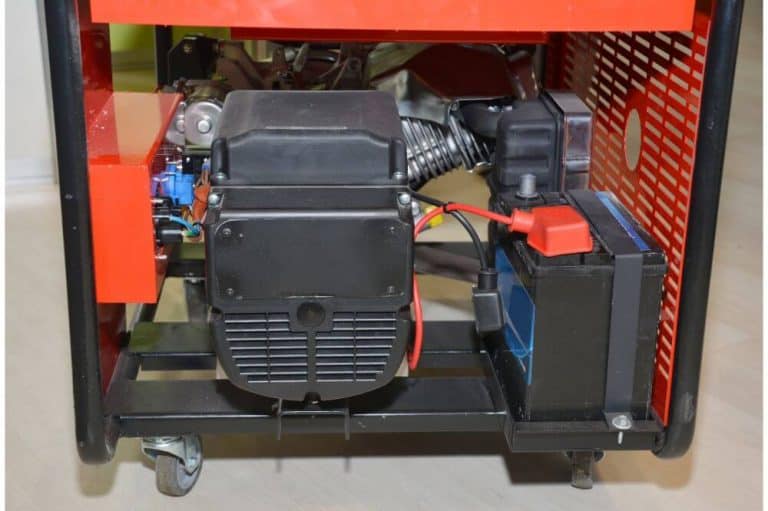 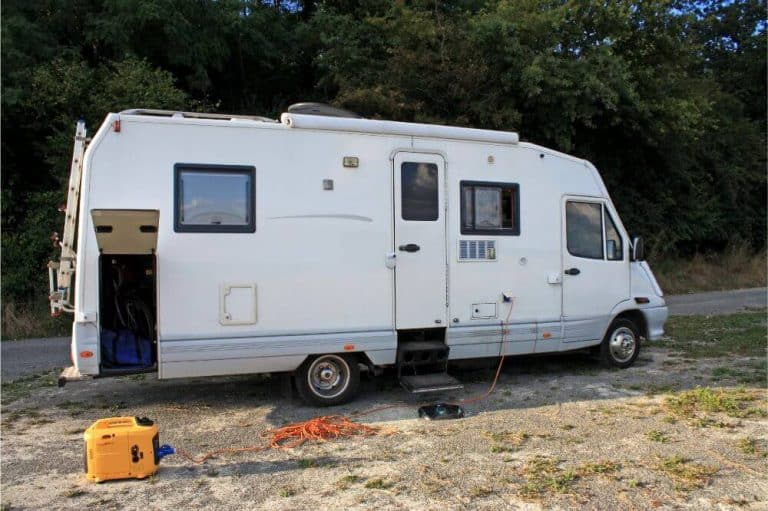 The smallest vans and tent campers may not need a generator at all, relying on the tow vehicle’s battery to provide electricity for devices, and run the water pump. But for campers with small appliances like microwaves and coffeemakers, or with A/C and other temperature controls, a generator is a must-have. But how do you know… 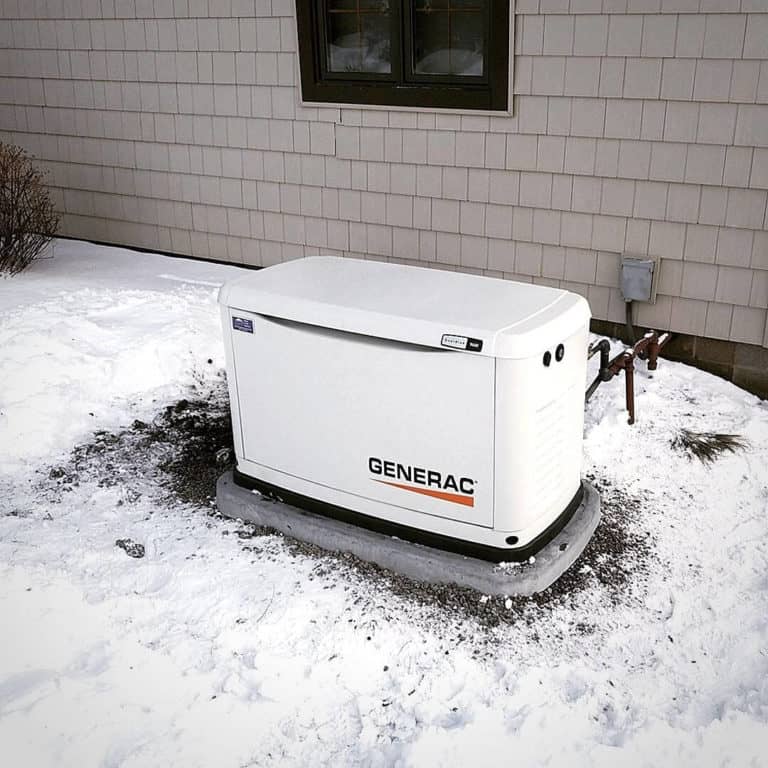 For those of you who don’t know, Generac (Generac Power Systems), is one of the most reliable and popular brand names when it comes to standby generators. Standby generators are typically connected to your home’s natural gas supply, or if need be, it can also run on liquid propane. In terms of their physical location, standby generators…