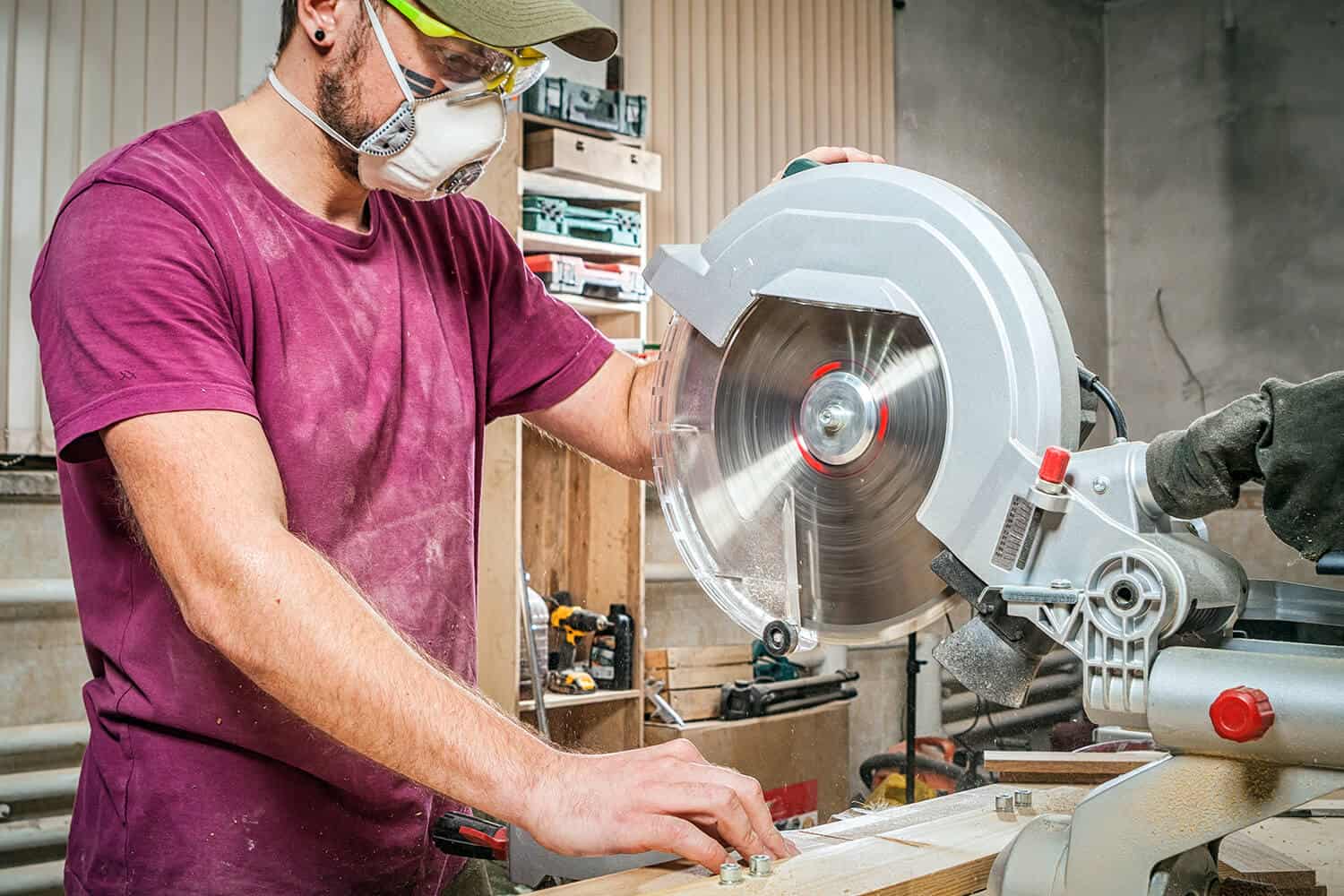 You have probably heard of miter cuts and bevel cuts, but what are these, and what type of miter saw should you be using to make these cuts?

Yes, there are many kinds of miter saws out there, and you may have heard the various terms describing and understanding the difference between a compound sliding miter saw, dual bevel miter saw, and a regular single bevel miter saw.

But what exactly do all of these names and phrases mean? Honestly, before you can understand the difference between a dual bevel or double bevel compound sliding miter saw, you need to comprehend both the correct terminology describing these saws and their use cases.

What Is the Difference Between Dual Bevel and Compound Miter Saw?

Dual or double bevel miter saws offer much more versatility in terms of the angles in which you can cut, as saw head rotates both left and right.

When deciding whether you want to go with a single bevel vs dual bevel miter saw, you ultimately need to evaluate the task at hand and any potential future projects too.

As we've covered, the clear advantage double bevel miter saws have over single bevel miter saws, is the inconvenience of having to flip the workpiece around impeding the pace at which you can work efficiently.

This can be a nuisance when working with a compound miter saw, compared to the dual bevel miter saw, which allows you to simply change the direction of the bevel. This feature makes things much easier when you are working on something like crown molding.

Another thing you also need to know here is that the dual bevel miter saw is usually much more precise when it comes to choosing the angle of the bevel than the compound miter saw.

Some high-quality dual bevel miter saws even feature thumb-activated stops for added convenience and speedy adjustments, although these benefit driven attributes come at a financial cost.

One identifying trademark of the dual bevel miter saw is the aesthetic appearance of its fence. Dual bevel compound miter saws boast a V-shaped section in between the fence to assist with both left, and right angled cuts.

On the other hand, single bevel miter saws have an angled end on the fence on the left side only. Again, this really is the defining characteristic between the two saws.

I know that sounds great and all, but you're probably thinking, what do these miter saws do, and what are they capable of in terms of cutting capacity?

Well, most basic compound miter saws so allow you to choose from various angles, such as 15, 30, 45, and sometimes even 60 degrees.

However, these stock preset angles don't always apply, and the circumstance will typically determine the correct application.

Dual bevel compound miter saws tend to be more sophisticated and have employed more technical features than lesser models, deeming them more pertinent when it comes to complex angles. What Is a Dual Bevel Miter Saw Used For?

When it comes down to it, the dual bevel miter saw is much more versatile than the normal compound miter saw, and yes, there are some major differences between the two that you need to be aware of.

This means that if you need to make the same cut on the opposite side of the wood or material being cut, you cannot just bevel the blade in the other direction, but you actually have to lift up the workpiece and flip it over to make matching cuts.

This might not seem like a big deal now, although if you're using a miter saw to cut baseboard or crown molding, it will become a hassle.

Do I Need a Double Bevel Miter Saw?

Well, a nice double bevel miter saw usually allows for much more precise angle selection using positive stops, allowing you to choose any angle from 0 to 45 or even 60 degrees.

Therefore, it’s what you want to go with if you will be performing a variety of angled bevel cuts in either direction where you need the angle to be very precise.

Understanding how to use a miter saw around the workshop to streamline time-consuming tasks will come with practice, but having a dual bevel miter saw to begin with, will be a huge time saver itself.

Plus, you'll find that the majority of sliding miter saws on the market are dual bevel anyway.

Sure, you can find a few sliding compound miter saws at budget price, but they aren't going to deliver the same power and preciseness as something like DEWALT DWS779 Sliding Compound Miter Saw.

What is a Bevel Cut and Miter Cut?

A bevel cut is a type of angled cut, but unlike a miter cut, which goes along the horizontal plane, a bevel cut is an angled cut along the vertical plane. Simply put, you form a bevel when you cut the edge of the workpiece at any angle other than 90 degrees with the saw blade tilted over.

A miter cut, on the other hand, is essentially just chopping two bits of material at an angle other than 90 degrees along the length of the width of the material with the blade in a vertical position.

There is another cut that you may not be familiar with. It is a combination of both a miter cut and a bevel cut done in conjunction with what is called a compound miter cut. This type of cut is something you would use when working with crown molding and requires a decent amount of preparation and calculation.

If you're interested in venturing down this path and plan on attempting compound miter cuts, there's a convenient calculator available to help work these complicated angles out. You can check it out here if need be. What Is Compound Miter Saw?

In case you don’t know what a standard miter saw is, this is the standard type of miter saw that features a circular blade on an arm that is limited in terms of its range of motion and its inability to make cuts certain angled cuts.

Wood or other materials to be cut are placed on the cutting table, which features a fence for accuracy, and the bladed arm is then pulled down vertically through the material. Your basic miter saw is rather limited and cannot pivot both left and right, to make angled bevel or miter cuts.

It is a pretty darn useful saw, especially if you are making basic DIY picture frames, or any other kind of square frame, although you are restricted when it comes to making bevel or other angled cuts.

The basic miter saw does have it's drawbacks, but depending on the project and your DIY aspirations, it can certainly handle a lot of everyday DIY tasks.

In a nutshell, a compound miter saw merely has the ability to pivot to the left to make particular angled cuts, that a standard miter saw can not.

But lets expand on that and analyze the compound miter saws strengths, and weaknesses.

The Compound Miter Saw – The Bevel

Ok, so now we get to the compound miter saw, which is a type of miter saw that can make bevel cuts. To help understand the difference, a miter cut is a type of cut that cuts the wood or other material at an angle on the horizontal plane, so from front to back or back to front.

This is fine if you are just making some basic furniture or something like a picture frame, but it does have its disadvantages.

However, the compound miter saw, which allows you to make bevel cuts, is indeed much more versatile.

A single bevel compound miter saw blade only moves up and down at a 90-degree angle, so straight from top to bottom. This can be an issue if you need to make angled cuts from top to bottom, such as for specialized furniture or crown molding.

The dual bevel compound miter saw is one of the most versatile and useful kinds of miter saws that will accurately and effortlessly execute both miter cuts and bevel cuts proficiently.

It can do everything that a basic miter saw and a compound miter saw can do, plus a whole lot more. Yes, this kind of miter saw will cost you more than the others, but the upgrade in versatility is usually well worth the cost.

So if you don't want the hassle of having to flip a piece of crown molding around like you're performing a circus act in your workshop, a dual bevel miter saw might be a better choice. 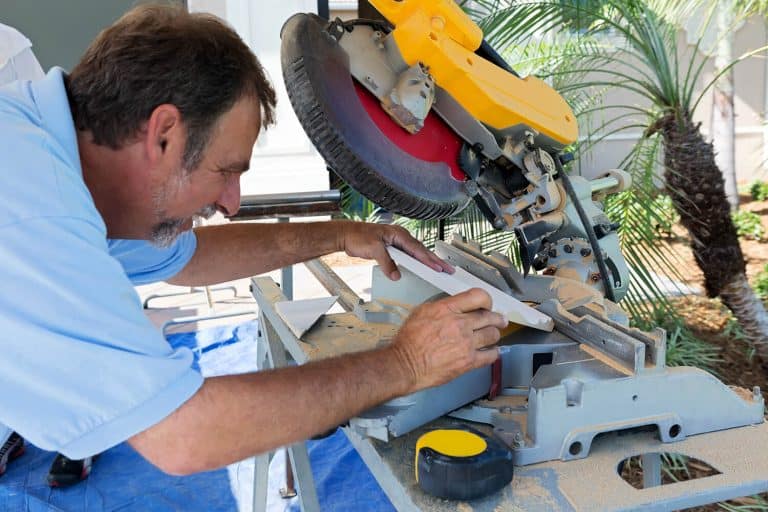 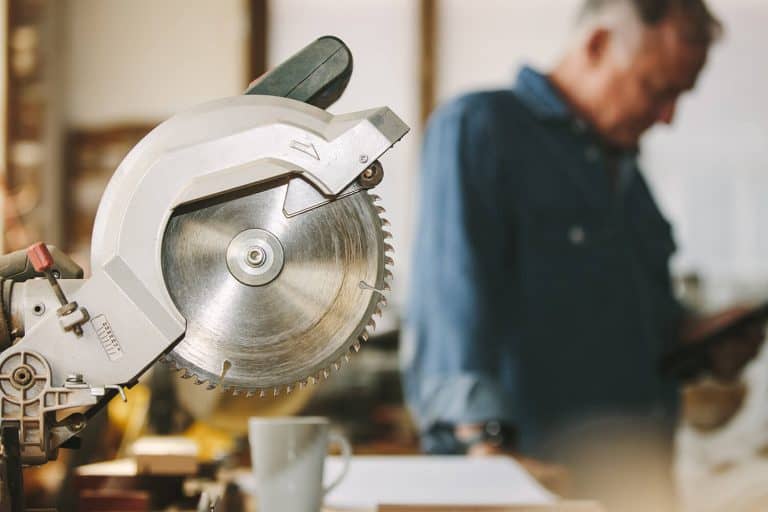 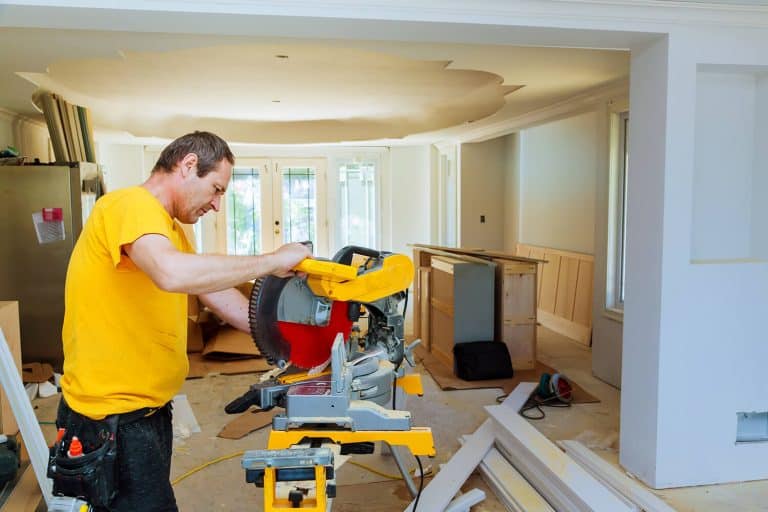 Cutting molding with a miter saw isn’t as difficult as it seems, especially if you follow our advice. If you’re new to using a miter saw, one of the most useful DIY skills to possess, is to be able to correctly cut a piece of trim using a miter saw. In this article you’ll learn the… 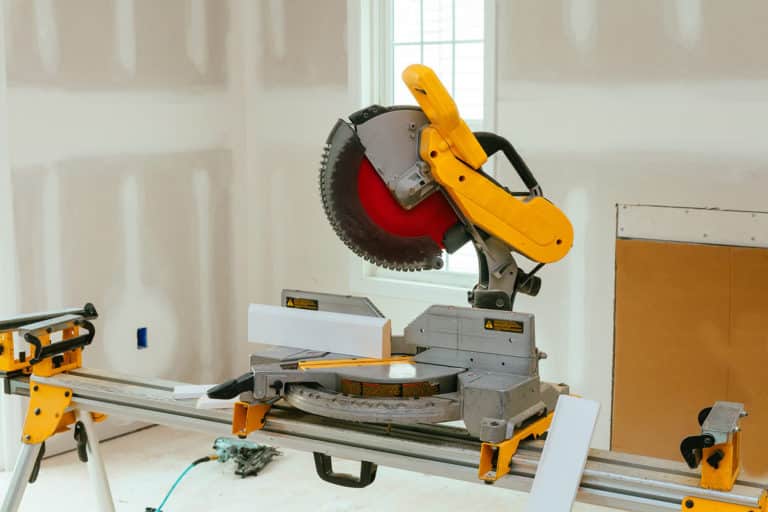 Alright, so you are building or renovating a home, and it’s time to cut baseboards and trim, but how exactly do you do this?Luckly, the whole process is relatively simple once you get some practice and learn how to effectively use a compound miter saw to cut baseboard molding.  Where most people tend to worry or… 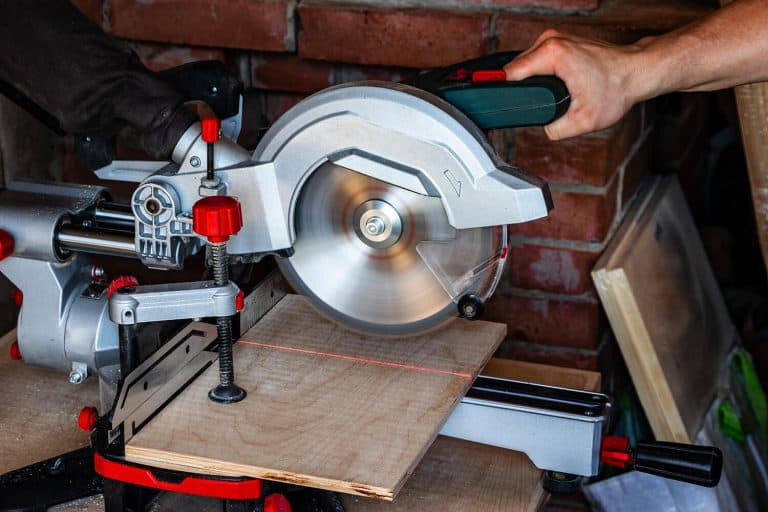