What Size Miter Saw to Buy 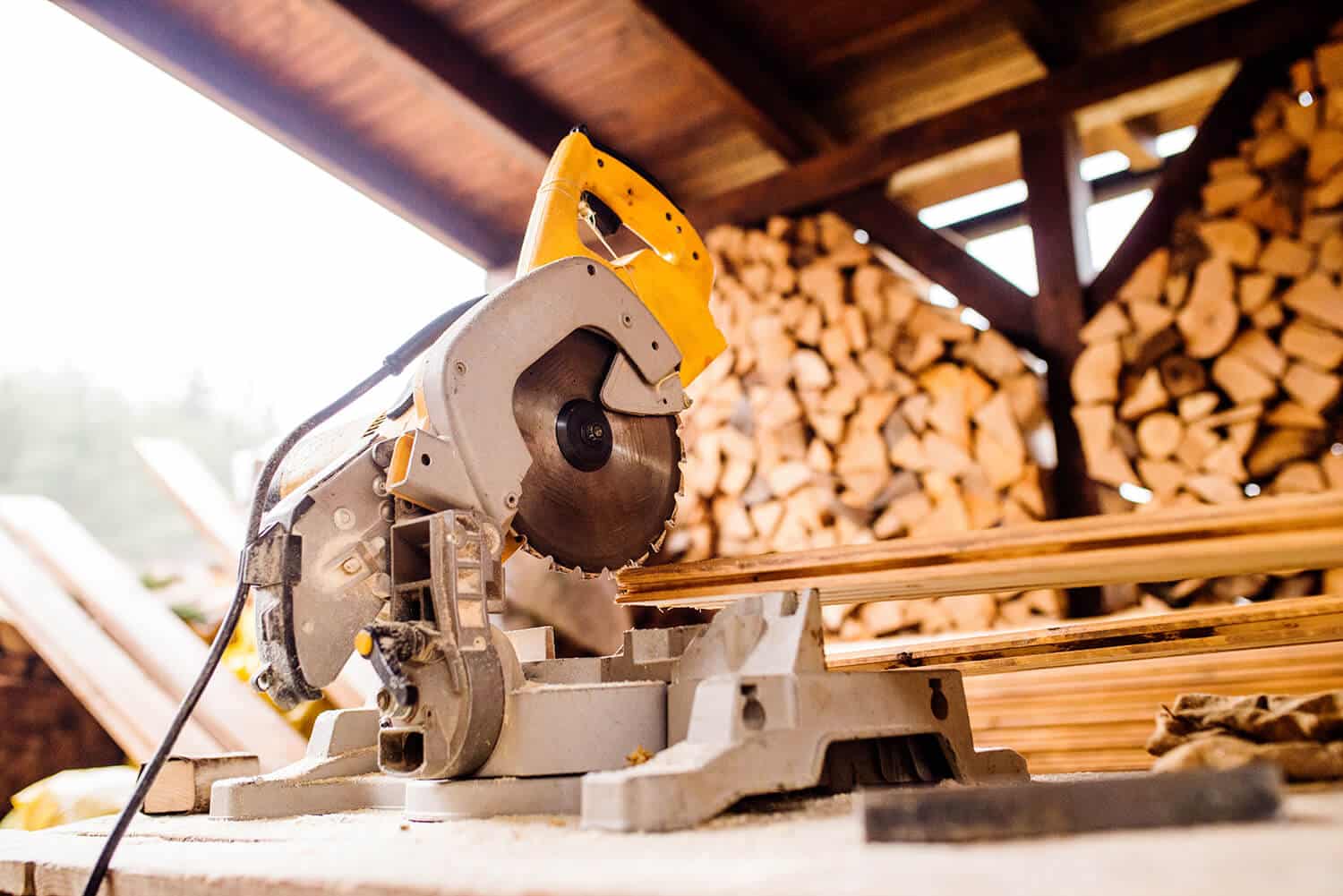 It’s often challenging to buy the right power tool because they come in so many different variations and sizes. Although when it comes to miter saws, there’s less to contemplate regarding size and more pondering concerning the dissimilar types of miter saws and sub-types.

When it comes to sizes, things are pretty clear, at least for everything bar some industrial or very niche applications.

In this article, we will expand on how easy it actually is to shop for a miter saw that has the size requirements you need. Plus, we'll offer some useful tips for selecting the right size saw for the appropriate application.

So follow along to learn the correct method for buying the right miter saw with heaps of helpful tips.

The Three Most Common Sizes You Should Know

There are really only three sizes of miter saws that you should know, and perhaps only one that’s really worth buying, unless you’re a working professional. But if that’s the case, then the following information should already be more than familiar to you.

Of all the things to judge miter saws by, it’s important to understand that size isn’t everything. There’s a lot more that goes into determining the performance of a miter saw such as blade type, motor, accessories, reliability, and others.

But what does the size really mean? Is it the height, width, and weight of a miter saw? No. Miter saw dimensions are determined by the type of blade they were designed to utilize. In this case, the 7.5”, 10”, and 12” blades that you see almost anywhere accompanying a miter saw.

The size of the blade will indicate to a certain degree what type of material you can cut, how thick it can be, how fast the saw will cut it, and whether it’s handheld or stationary.

But first thing’s first. Here’s what you need to know about the three common sizes, their highlights, and which one would be a suitable addition to your workshop.

These saws are usually handheld miter saws. They’re great for on-the-fly repair work and remodeling. Their blades are commonly used to trim furniture, make picture frames, and other light-duty work that doesn't require a great degree of power.

Of all size variations available, this may seem like the easiest to use, but it’s also the least versatile.

10-inch miter saws are perhaps the most commonly used cutting tools of this kind. A 10” saw can easily do 45-degree miter cuts through 2x4 dense lumber. It’s a relatively inexpensive cutting tool and doesn’t require as much experience or strength to handle.

While you'll find a few brands offering additional features with some 10" saws, you might not find many 10" dual bevel compound sliding miter saws, if that's what you're looking for. These extra bells and whistles are typically found larger 12-inch models.

Note that this size is also considered reasonably portable and is known for achieving easy 5.5” crosscuts into 2x6 with stock lumber.

This is usually the largest type of miter saw you’ll find unless you’re shopping in the specialty section. The 12” miter saw is defined by its deep and powerful cuts and its ability to do quick and accurate 45-degree angled miter cuts in 2x6 lumber.

You'll find most of the top of the range sliding compound miter saws are 12-inches and are generally dual bevel giving you the ability to make precise bevel cuts with a simple tilt in either direction.

These are considered the superior saws among others brandishing unrivaled power with the ability to deliver exceptionally accurate cuts from various angles.

They are also capable of making crosscuts of up to 7.5” in 2x8 with stock lumber. 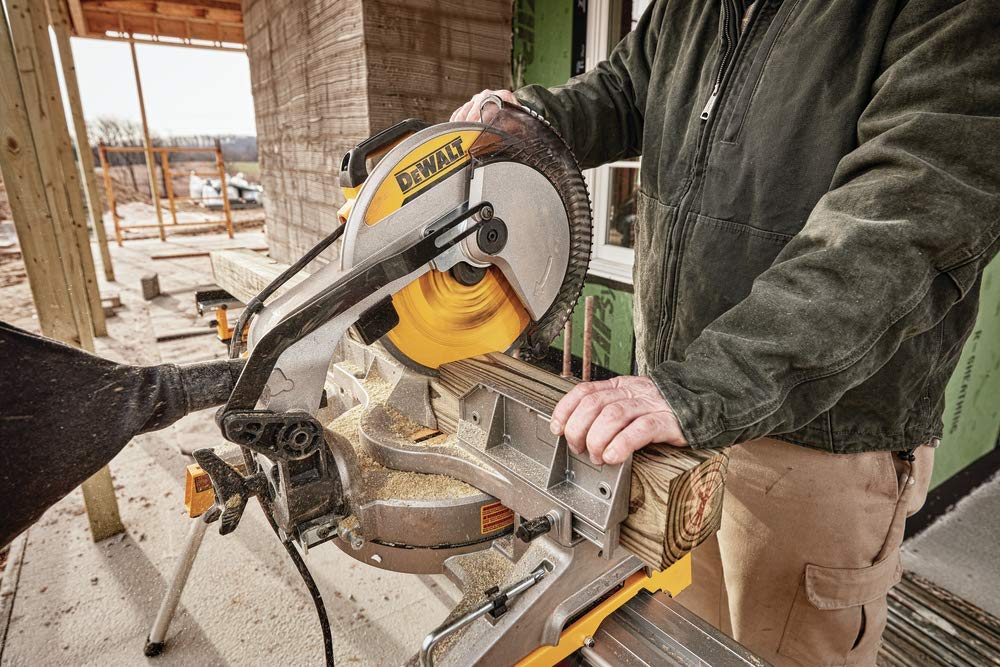 Your Miter Saw Size Depends on The Type of Project

In this section, you’ll be presented with some real-world examples of applications where miter saws or compound miter saws are commonly used. The comparisons will concern popular applications and the two relevant sizes, the 10” and 12” miter saws.

When cutting 4x4s a 10” miter saw is usually enough. This is a relatively simple piece of wood that doesn’t require much, except the right kind of blade and motor. Luckily the 10” blade is more than enough.

Can a 12” blade do it better and faster? Faster maybe. Better? Not necessarily. There’s no valid reason to choose the latter only for projects involving 4x4s and smaller materials, unless you have a loose budget and you want to invest in something that will be able to take on more serious work in the future.

Again, this is an area in which the 10” miter saw tends to shine. That’s because most crown molding work involves cuts up to 5”. This type of blade and saw should be more than enough in this case.

However, things change if the crown molding gets really big, upwards of 9 or 10 inches. In this situation, you have no choice but to use a 12” miter saw, preferably also one with a sliding blade, as the sliding feature with increase your cutting capacity.

Keep in mind that it’s possible to get the job done with a 10” miter saw too. But you don’t want too many passes, and you don’t want to risk compromising the accuracy of the cut. This will happen if the blade is smaller.

Here’s another common type of project where a miter saw can be indispensable – cutting laminate flooring. However, it’s also a clear case of matching sizes, just as with crown molding.

For smaller laminate flooring cuts, you can easily use a 10” miter saw. Switch to a 12” saw if the laminate is on the larger side. Again, this helps maintain precision while also saving valuable time, if you’re on a deadline or simply in a hurry.

But, unlike with crown molding, there’s another thing to consider here. Laminate flooring can differ significantly in strength. If the material is regular, then a 10” saw will do just fine.

That said, if you’re working with small laminate flooring, but the material is tough, then the obvious choice would be the 12” miter saw. It has that extra cutting power that can create a cleaner and faster cut. Also, sliding blade miter saws are preferable in this case, too, since laminate flooring pieces can be quite large, all things considered.

If you're working with regular baseboard molding, nothing industrial in terms of size, then a 10” miter saw should be more than enough. It can easily achieve a precise and clean 6” cut with a good blade.

The only other consideration when cutting baseboard molding, is the numerous angled cuts you'll be required to make. Having a miter saw that can tilt both left and right would be priority number one for larger molding jobs.

At the same time, cutting wide baseboards is perhaps much easier to do with a table saw if you have access to one.

There are some areas where you simply can’t substitute a 10” blade for a 12” blade.

The fault of larger miter saws is their inability to adapt to working on repairs in tight spaces. They’re also powerful and in some cases this means too powerful for the type of material or the thickness of the material they’ve been tasked to cut.

So you see, there are more than a few reasons why almost everyone will recommend that you get a 10” saw first and not a 12” miter saw. There’s pretty much nothing that a 10” miter saw can’t accomplish with a bit of skill, and it’s much easier to learn how to do things with it.

Besides, by the time you may run into a project that warrants a 12” miter saw, you may already be comfortable enough to use the 10” saw you already have — food for thought. 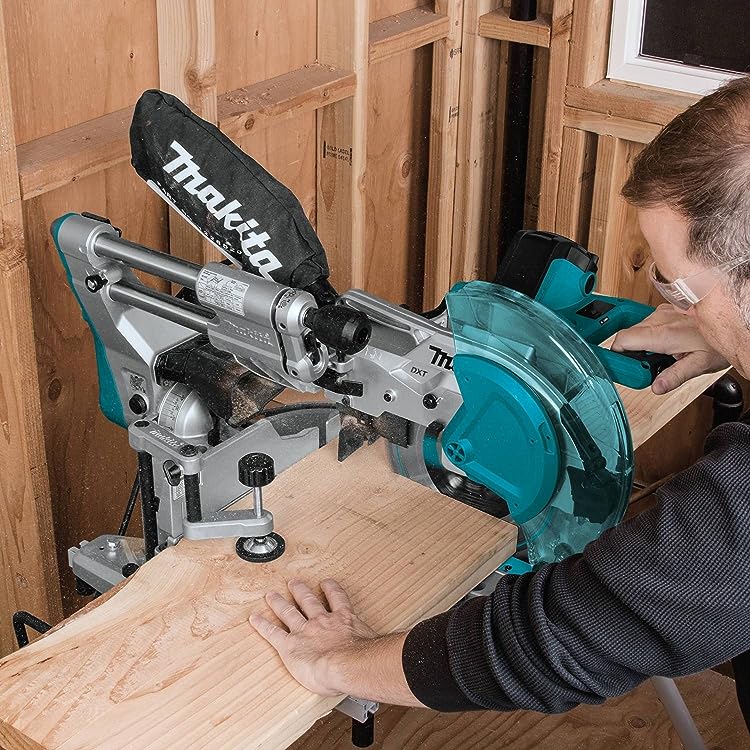 Another thing to keep in mind is that blades are not interchangeable. That’s one of the main reasons why so many people become somewhat apprehensive when considering what miter saw to buy. Makes sense, right? If you’d be able to put a 12” blade on a 10” miter saw, then there wouldn’t have been such a significant need for all the extra torque.

However, both 10” and 12” blades can have up to 100 TPI. You won’t see that very often, though. Sixty TPI is usually considered too much since miter saws are supposed to cut through PVC and wood and not so much metal.

Cutting metal requires high TPI numbers, over 80, usually being considered good enough to great. No. Both 10” and 12” miter saw blades have around 20 TPI because that’s what you need when you cut through wood.

Fewer teeth equal an increase in controlled cutting speed and more power and reduce the amount of friction, which will prevent the saw from overheating. This will contribute to a much safer working experience. Overall this will deliver cleaner and faster cuts. In case you didn’t know, adding teeth to a blade won’t really make it go faster, but actually slower through the wood, which in turn cuts down on the cutting speed.

One of the most important issues when comparing and understanding the correct kind of miter saw to buy is pricing. It’s a pretty impactful factor since the prices can vary grossly from one size to the next. But you have to keep in mind that that’s normal.

Twelve-inch saws are generally better in most areas. They penetrate deeper, cut faster, maybe not cleaner, but have more durable and powerful motors and so on. But here’s the main reason why the pricing should also factor in.

There are plenty of projects where you can easily use a smaller blade to do the work of a larger blade. Maybe it will take longer, and perhaps you’ll need more experience to get a clean cut, but it can be done.

By now, it should be clear that the way you choose your miter saw is by its use case scenario, which will determine the correct blade size. Are there more factors involved? Sure, but at least now you know whether you need to buy 10" compound miter saw or a 12" compound sliding miter saw for your workshop.

It comes down to how deep you need to make a cut and the number of angles you intend on attempting to cut. The blade should determine your decision and the saw's ability to adjust for precise angles, not the motor, not the accessories like a laser sight, not the fancy table extensions, or anything else that's non-essential.

In short, consider the benefits first, not the fancy features of the saw.