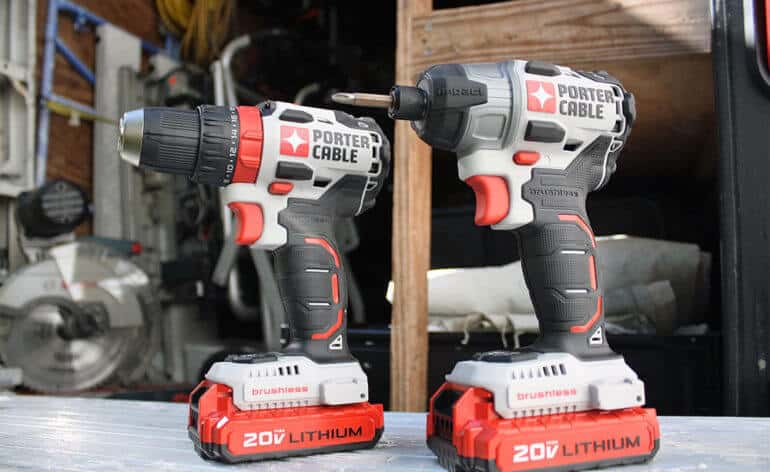 The age-old debate among tool enthusiasts has raged for decades now as to which power tool you should own if you could only choose one.... an impact driver vs drill driver?

This largely depends on your occupation and or the demands of the job(s) in question. But, there is a clear winner for those weekend warriors looking to conquer every drilling and driving DIY job know to mankind.

While impact drivers and drill drivers may seem to function in the same way, they are quite different power tools that both have their pros & cons.

Let's get into how exactly they stack up against each other and identify which power tool will bring you a better return on your investment.

Do I Need a Drill or Impact Driver?

If you're asking me personally, I'd recommend grabbing a combo kit like the DeWalt DCK299M2 which includes both power tools in one very affordable set. The cost of purchasing them separately and or as a combo kit is relatively similar.

Plus, they are both tools that you'll most certainly use on a daily basis.

Typically, you'll find yourself using an impact driver far more often due to how lightweight and compact they are, although, there are certain tasks that an impact driver just cannot accomplish.

Say you want to drill a few holes into a concrete surface or attach a larger-sized drill bit to drill hardwood? Well, neither of those robust tasks are something you'll be able to carry out with an impact driver.

Ideally, this really comes down to the project at hand and how much you value your time. With both power tools at your disposal, your overall efficiency, and productivity will vastly increase as impact drivers and cordless drills excel at different specific tasks.

The fact is, you're not going to be able to fasten screws anywhere near as fast with a cordless drill when compared to a high torque impact driver. That said, there are a greater number of challenging jobs that an impact driver will just not be able to achieve.

So, while you can get by without an impact driver, you cannot without a cordless drill. One will make life a hell of a lot easier (impact driver), and the other (cordless drill driver) will make short work of all your basic drilling and driving needs. 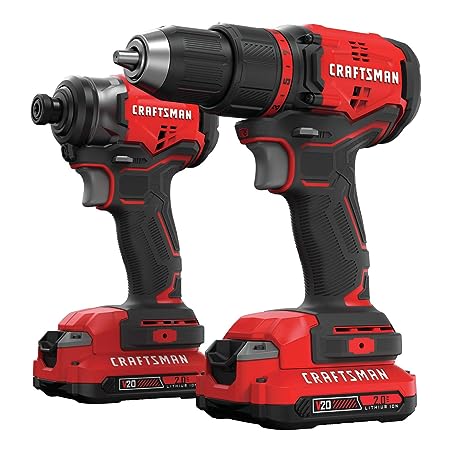 Can You Use an Impact Driver as a Drill?

Generally speaking, an impact driver is the preferred tool of choice for those looking to sink a boat-load of screws at a rapid pace due to the enormous amount of torque they possess.

There are certainly adapter kits you can buy that will assist with stepping up in size for larger drill bits, although, you're not drilling anything of the same diameter of what a cordless drill driver can as they are equipped with either a 3/8 or 1/2-inch chuck.

Apart from drilling holes of the smaller variety, an impact driver can be used to fasten or loosen nuts & bolts (with a socket attachment) or to even remove lug nuts when attempting to change a tire on your car.

Keep in mind, that while impact drivers can be used to successfully change a problematic tire, they are flawed in comparison to impact wrenches when it comes to this specific task.

That said, impact wrenches are more tailored towards auto mechanics and are not a power tool that the majority of DIYers would consider adding to their shopping list. Is an Impact Driver the Same as a Hammer Drill?

Nope, a hammer drill is another tool entirely. Although you can buy a drill driver with a hammer drill feature, a bona fide hammer drill utilizes a forceful hammering mechanism with a specially engineered clutch.

Unless you're planning on punching through some cinder block or chasing out a concrete wall to embed some pipework, a dedicated hammer drill is something you'll rarely use.

The hammer drill feature on most 20V drill drivers provides an ample amount of power for the majority of heavy-duty tasks you'll encounter on small project works.

Personally, I'll generally use a drill driver with a hammer drill feature for most light works on building sites, so if you're only going to be using a hammer drill for the odd job around the house, you really don't need a dedicated hammer drill.

While an impact driver does utilize a hammering mechanism that forcibly strikes an internal hammer against the anvil, there is no other correlation between the two tools.

So sure, impact drivers have an internal hammer that generates the amount of torque required for aggressively driving screws, but that's about all impact drivers and hammer drills have in common.

Simply put, an impact driver is used for driving screws and fastening nuts, while a hammer drill is used to drill holes in concrete or masonry. If you've yet to make a decision and you're still on the fence, a quick summary of the pros & cons of both tools might be helpful. Let's break down all the features and benefits to hopefully aid in ascertaining whether you truly need both tools to succeed or just one of them.

As you can see, both power tools have their advantages and disadvantages. Logically, you'll want to establish what you value most and whether any of these little nuances will affect your working progress.

When selecting any tool, you always want to think of the application first and how the particular tool will benefit you.

Fancy high-tech features are assuredly alluring when shopping for power tools. Although, no amount of modern-day wizardry will suffice if the tool you're attempting to use isn't capable of completing the tasks at hand.

Impact drivers and cordless drills are somewhat similar in terms of their appearance and general functionality. But where they differ is their capabilities and ability to complete specific tasks.

An impact driver could be considered more of a luxury power tool, while a cordless drill would be deemed an absolute necessity if you have to choose between the two.

As touched upon throughout this article, owning both an impact driver and cordless drill for all your drilling, driving, screwing, and fastening needs is the way to go.

You're going to be immensely more proficient with both tools available in your arsenal, and if you consider time to be money, the initial investment is indeed worth it as it will pay dividends later down the line in regards to your productivity.

Lastly, if you're just starting out and can only afford one of these particular power tools, I suggest you choose one of the better cordless drills on the market as you'll be able to tackle more tasks with it.

An impact driver is a high-torque tool, specifically designed for driving screws into difficult materials like dense lumber and light masonry. The impact pressure is applied rotationally and works on the same principle as using a hammer to tap the end of a wrench to loosen a stuck bolt.  However, an impact wrench applies about 50… 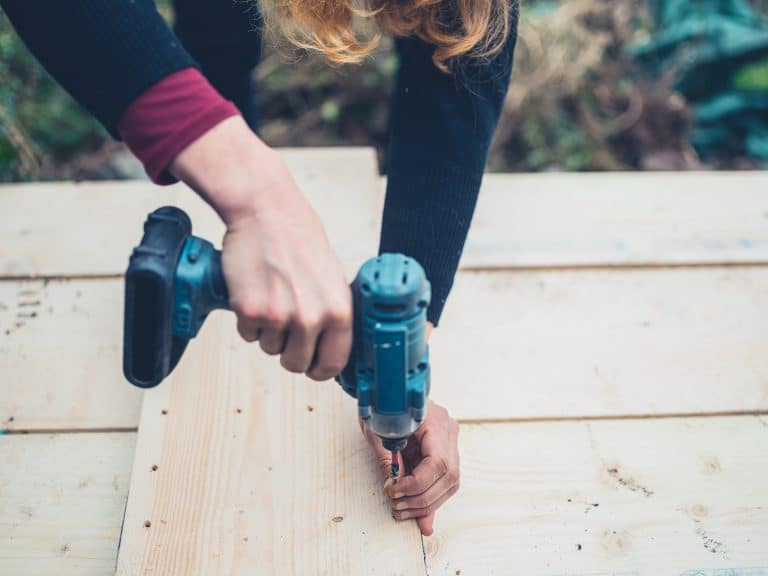 Impact drivers are high-torque tools. They deliver a series of impacts to increase force, but the force is applied rotationally to increase spin on a screw without dislodging the slots, unlike a hammer drill, where the impact is delivered forward to improve penetration.Impact drivers are an increasingly popular tool for the home workshop when people undertake… 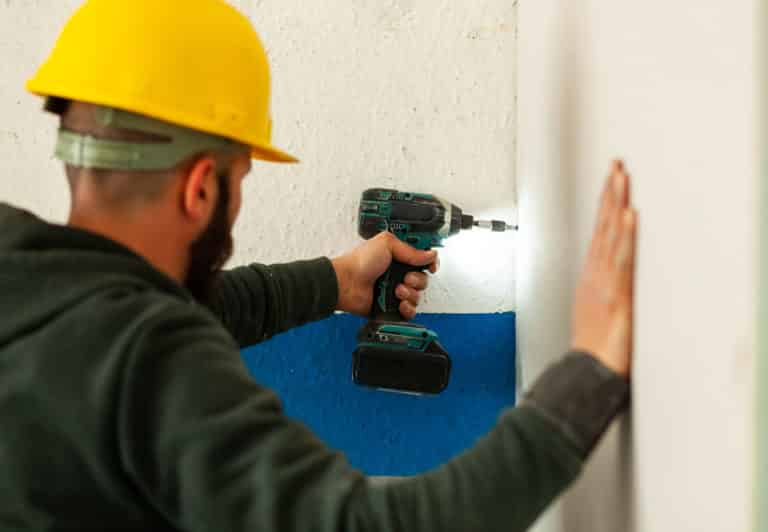 So, you need to drill some holes in either concrete or masonry, and you’re interested in putting your high-torque impact driver to the test? Can (or at least should) this be the best course of action when it comes to drilling concrete?The short answer is… no, not really.While you can fit a 5-6 millimetre masonry… 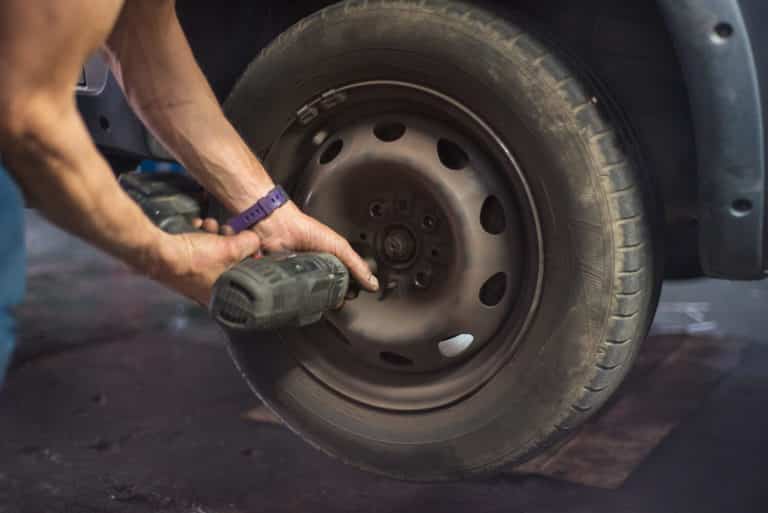 Impact drivers are fast becoming part of the standard tool kit for people who do DIY home repairs and improvements. Once considered a tool solely for professional contractors, impact drivers have now become extremely popular with everyday DIYers for their power and portability. But what about impact wrenches? While they are mandatory for pit crews pursuing pole…